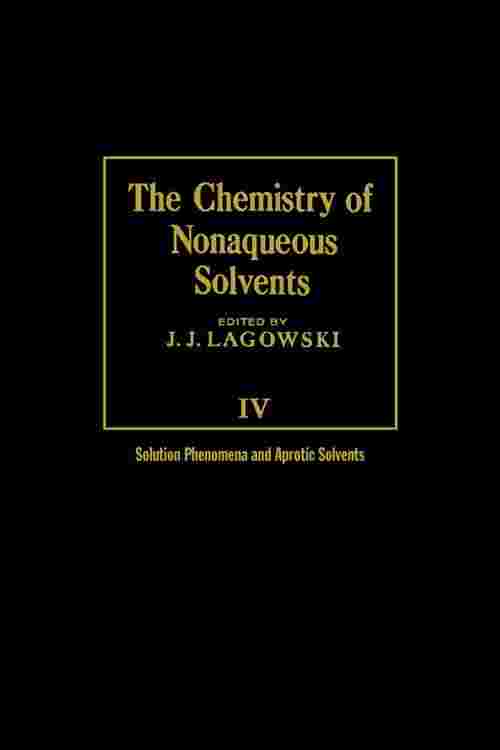 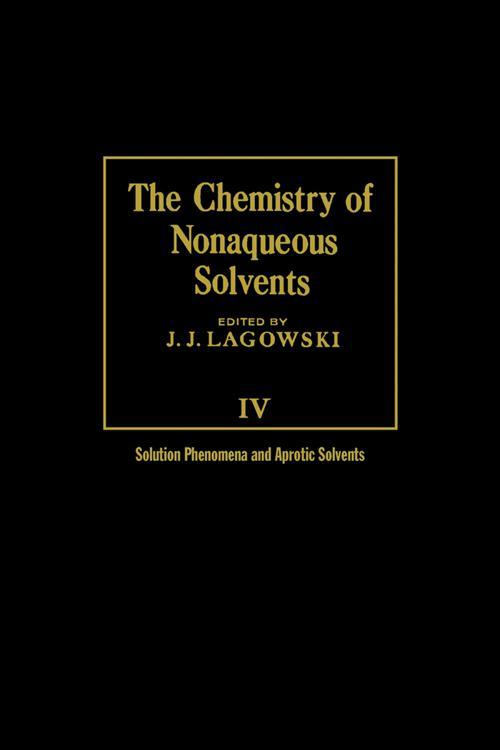 The Chemistry of Nonaqueous Solvents V4

The Chemistry of Nonaqueous Solvents V4

The Chemistry of Nonaqueous Solvents, Volume IV: Solution Phenomena and Aprotic Solvents focuses on the chemistry of nonaqueous solvents, with emphasis on solution phenomena and aprotic solvents such as tetramethylurea, inorganic acid chlorides, cyclic carbonates, and sulfolane.
This book is organized into seven chapters and begins with an overview of the theory of electrical conductivity and elementary experimental considerations, along with some of the interesting research on nonaqueous solvents. It then turns to a discussion on hydrogen bonding phenomena in nonaqueous systems as probed by four spectroscopic techniques; the different methods used in studying redox systems in nonaqueous solvents such as potentiometry and steady state diffusion methods; and the use of tetramethylurea as a nonaqueous medium for chemical reactions and chemical investigations. The reader is also introduced to inorganic acid chlorides of high dielectric constant, with special reference to antimony trichloride, and preparation methods for cyclic carbonates including vinylene carbonate, ethylene carbonate, propylene carbonate, and butylene carbonate. The book concludes with a chapter on sulfolane, focusing on its preparation and purification, physical properties, and toxicology.
This book will be of interest to chemists who want to know more about nonaqueous solvents.