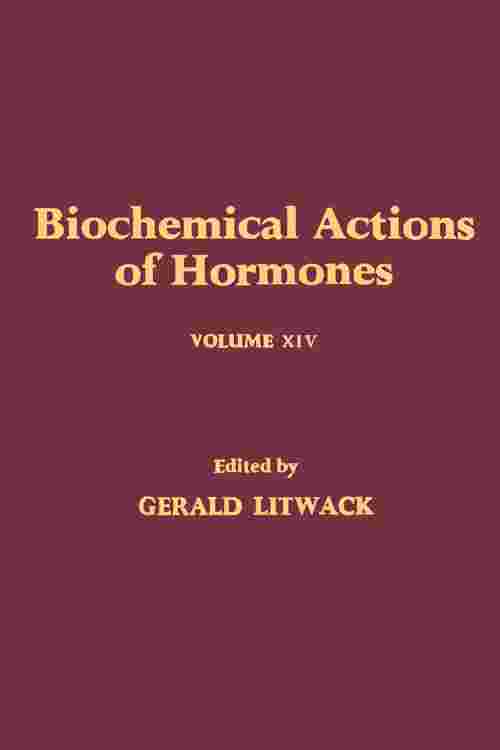 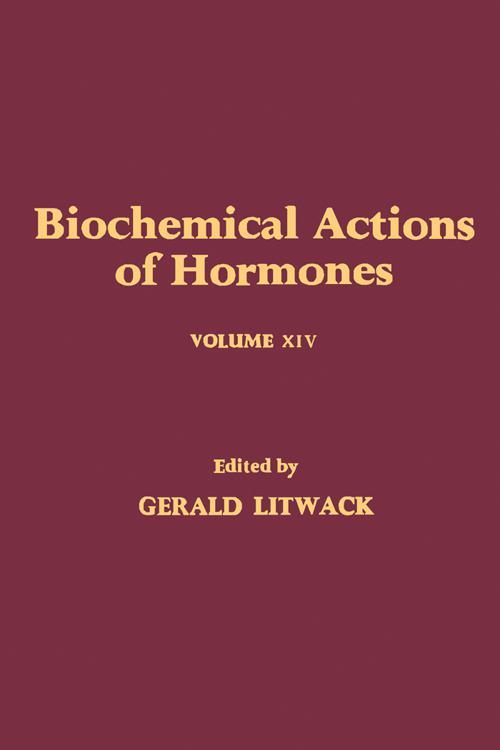 Biochemical Actions of Hormones, Volume XIV is a compendium of papers dealing with DNA regulatory elements, leukotriene receptors, hormonal regulation of sodium-proton exchange activity, the structure of the mammalian progesterone receptor, stimulus-response, and signaling systems. One paper analyzes the hormonal factors that regulate the kinetic properties of the plasma membrane Na+ -H+ exchanger in epithelia and relates the control mechanisms to specific physiological function. Aqueous two-phase partitioning is a method that can be used in the study of steroid receptor activation and other conversions or interactions of steroid receptors. Using the two-phase partitioning, one can form a model of molecular changes during activation based on changes in the steroid receptor physico-chemical properties associated with the activation in vitro-phase. Another paper investigates the hypothesis that early androgenic modulation of nuclear effector-independent PKs is intimately related to the initial events in androgenic control of gene expression in the prostate. One paper describes the interaction between the estrogen receptor with DNA and the mechanism of transcription regulation by steroid receptors. Another paper reviews the role of GTP-binding proteins in receptor-mediated activation of phospholipase C, the formation and metabolism of novel inositol phosphates, as well as the possible role of protein kinase C in signal modulation. Micro-biologists, biochemists, molecular biologists, cellular biologists, and investigators in the field of cell research will find this collection useful.