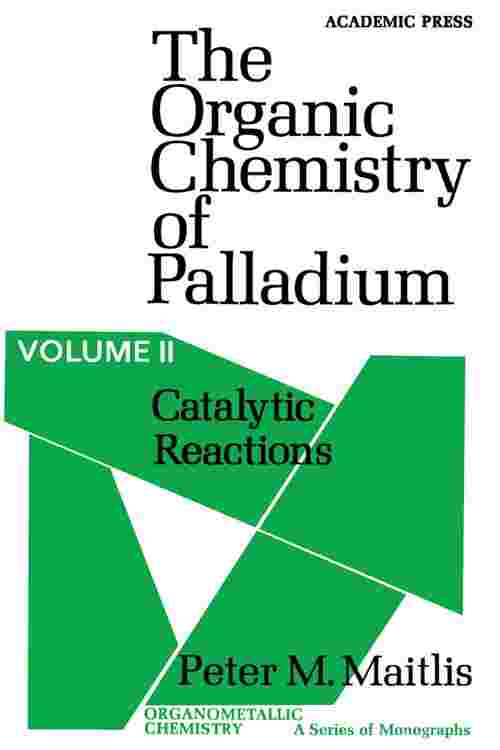 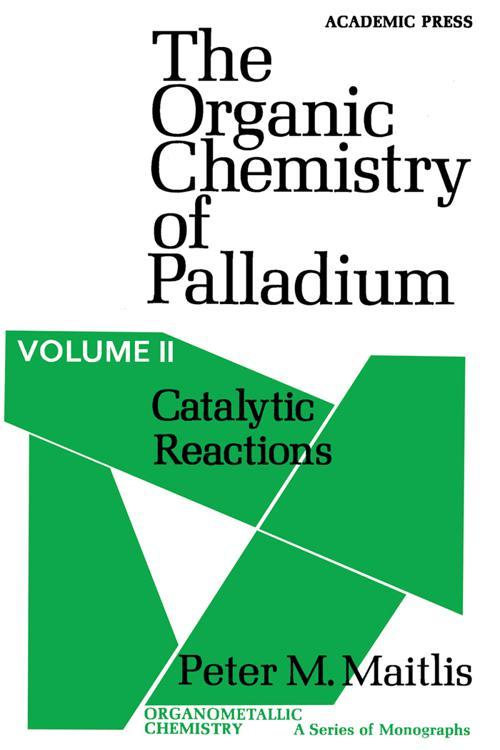 The Organic Chemistry of Palladium, Volume I1: Catalytic Reactions deals with organic transformations resulting from palladium complexes either stoichiometrically or catalytically. One feature of a reaction catalyzed by transition metals is the absence of evidence for the typical reactive intermediates of organic chemistry, carbanions, and carbonium ions. This lack of evidence is due to the metal acting both as a source and a sink of electrons that result in energetically unfavorable ionic intermediaries. The book explains that palladium (II) can induce C-O bond formation. These reactions involve oxidation of the organic substrate and reduces the Pd(II) to metal, and are not catalytic. Industrial applications can re-oxidize the palladium metal back to Pd(II) in situ, making the reactions catalytic. The text also discusses certain reactions that can form C-O bonds as part of an oxidative process. The book also describes significant reactions that can be catalyzed by palladium metal, such as in the hydrogenation of multiple bonds, in the carbonylation of certain olefins and acetylenes, and in the catalytic cracking of high molecular weight hydrocarbons. Organic chemists, analytical chemists, investigators, and scientists whose works involve physical or inorganic chemistry will find the book truly useful.