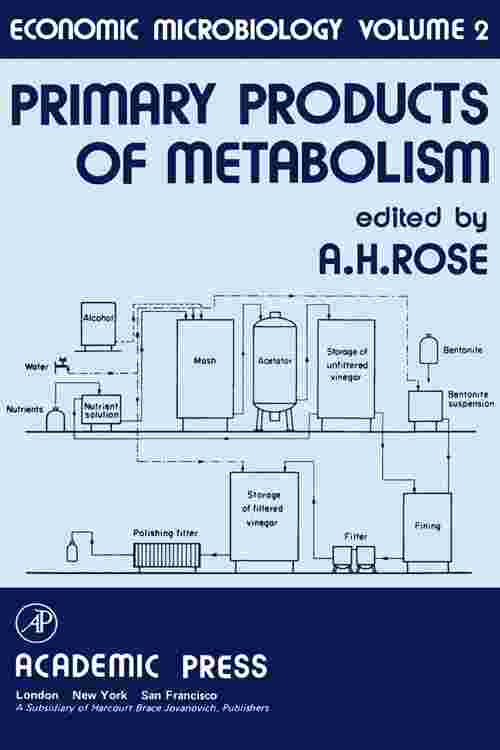 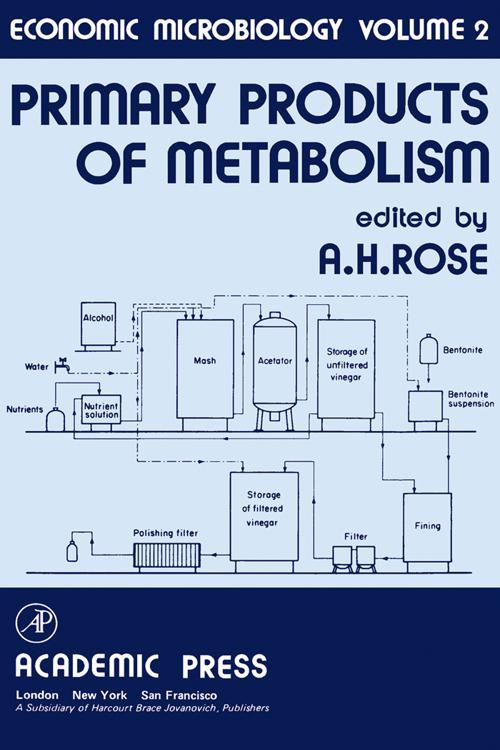 A.H. Rose
This book is unavailable in your country
Start free trial
Share book
488 pages
English
PDF
Not available on the Perlego app

A.H. Rose
This book is unavailable in your country
Book details
Table of contents

Economic Microbiology, Volume 2: Primary Products of Metabolism is part of a multi-volume series that aims to provide authoritative accounts of the many facets of exploitation and control of microbial activity. It discusses the production of industrially important chemicals by microbiological processes, specifically the production of primary products of metabolism.
This volume includes accounts of the production of organic acids, nucleotides, and amino acids which form large and stable sectors of the microbiological industries. It also provides information on polysaccharide fermentations, which are currently undergoing extensive development. Further, there are discussions of the production of lipids and polyhydroxy alcohols, which have yet to be introduced on a commercial scale but could well become economically viable in the near future. Finally, there is also an account of the production of acetone and butanol by bacteria. This fermentation process featured significantly in the career of Chaim Weizmann, the first President of the State of Israel, and it is still operated in some countries.