📖[PDF] Under The Axe Of Fascism by Gaetano Salvemini | Perlego 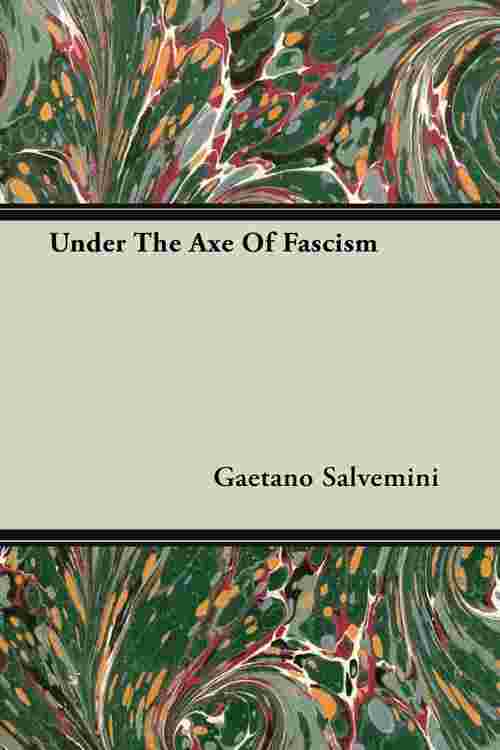 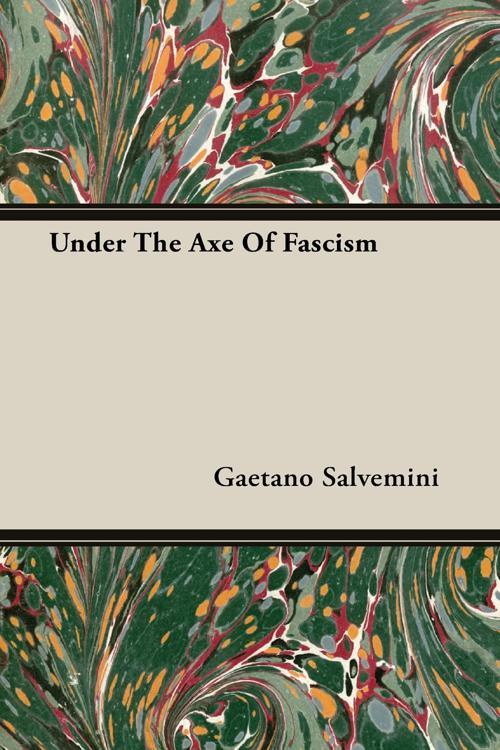 Originally published in 1936, this is an examination of the rise and rule of fascism in Italy. Many of the earliest books, particularly those dating back to the 1900s and before, are now extremely scarce and increasingly expensive. Hesperides Press are republishing these classic works in affordable, high quality, modern editions, using the original text and artwork. Part One, The "Corporative State" - The Origins of Fascist "Syndicalism" - The Vidoni Palace Pact - The Fascist Organisations - The De Facto Organisations - How History Is Written - The Officials Of The Legal Organisations - Company Unions, Nazi Unions and Fascist Unions - Labour Agreements - The Court Of Labour - Individual Labour Controversies - Professional Classes and Public Officials - The Corporations and The Charter of Labour - Looking In A Dark Room For A Black Cat Which Is Not There - The National Council of Corporations - Towards Social Revolution - Mussolini's Permanent Revolution - The Great Humbug - From The "Homo Economicus To The Homo Corporativus" - Part Two, The Achievements - Italian "Bolshevism" in 1919 and 1920 - Wages and The Cost of Living Under Italian "Bolshevism" - Italian Labour From 1923 and 1925 - The "Army Of Believers" - Fascist "Syndicalism" From 1926 To 1929 - Fascist "Syndicalism" From 1929 To 1933 - "The Capitalistic Method Of Production Is Out Of Date" - "Experimenta In Anima Vili" - "Scraps Of Paper" - "Industrial and Agricultural Wages - The Cost Of Living - Italian Unemployment Statistics - Mussolini's "Battle" Against Unemployment Up To 1930 - The "Battle" Against Unemployment From 1930 To 1934 - Public Works, Land Reclamation, and "National Solidarity" - From The Eight Hour Day To The Forty Hour Week - Sunday Rest, Annual Vacations and Labour Exchanges - Social Insurance - Housing - The "Battles" Against Tuberculosis and Malaria - The Protection Of Mothers and Infants - Women and Boys In Factories and The Battle Against Illiteracy - The "Dopolavoro" - Professional Classes and Public Officials - "There Are No Longer Any Beggars" - The Prosperity of The Italian People - Fascist Social Peace - Is Fascism A Capitalist Dictatorship? - Sorel and Mussolini - The End of Laissez-Faire - Fascism, Capitalism and Bureaucracy