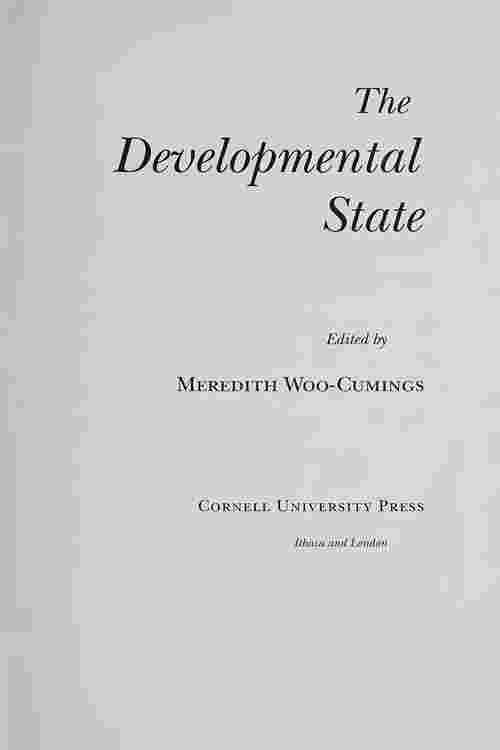 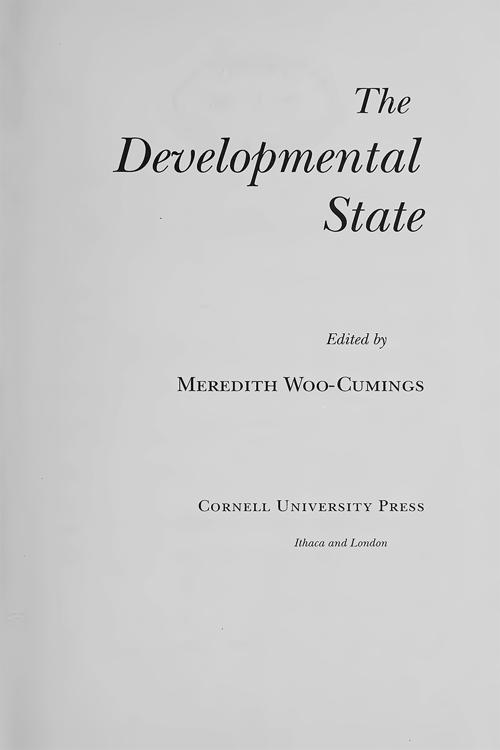 Developmental state, n.: the government, motivated by desire for economic advancement, intervenes in industrial affairs.The notion of the developmental state has come under attack in recent years. Critics charge that Japan's success in putting this notion into practice has not been replicated elsewhere, that the concept threatens the purity of freemarket economics, and that its shortcomings have led to financial turmoil in Asia. In this informative and thought-provoking book, a team of distinguished scholars revisits this notion to assess its continuing utility and establish a common vocabulary for debates on these issues. Drawing on new political and economic theories and emphasizing recent events, the authors examine the East Asian experience to show how the developmental state involves a combination of political, bureaucratic, and moneyed influences that shape economic life in the region. Taking as its point of departure Chalmers Johnson's account of the Japanese developmental state, the book explores the interplay of forces that have determined the structure of opportunity in the region. The authors critically address the argument for centralized political involvement in industrial development (with a new contribution by Johnson), describe the historical impact of colonialism and the Cold War, consider new ideas in economics, and compare the experiences of East Asian countries with those of France, Brazil, Mexico, and India.