📖[PDF] From Goethe to Novalis by Wolfgang Mieder | Perlego 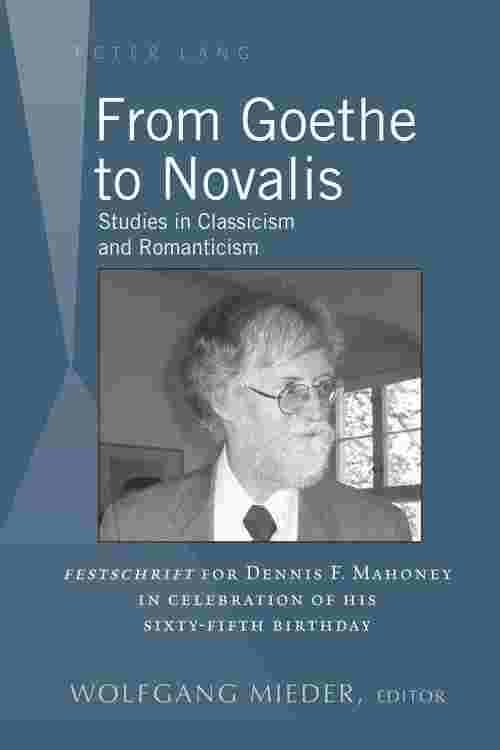 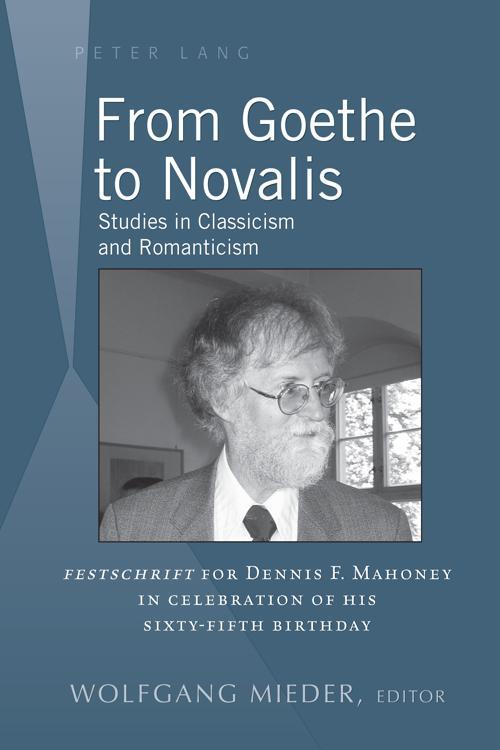 This Festschrift in honor of Dennis F. Mahoney's sixty-fifth birthday is somewhat different from the standard Festschrift: rather than present essays from various authors, this Festschrift collects twenty-one of Mahoney's most important English-language publications on German Classicism and Romanticism published over the past thirty years. Mahoney is the author and editor of many articles and books in German and English, among them Die Poetisierung der Natur bei Novalis (1980), Der Roman der Goethezeit (1988), The Eighteenth Century and Uses of the Past (1992), The Critical Fortunes of a Romantic Novel: Novalis's «Heinrich von Ofterdingen» (1994), The End of Enlightenment (2000), Friedrich von Hardenberg (Novalis) (2001), and Literature of German Romanticism (2004).
Mahoney has taught German language, culture, literature, and film at the University of Vermont for thirty-five years, and has received national and international recognition. On campus he has been a champion of international education, advising students about studying abroad, setting up an exchange program with the University of Augsburg, and inviting students and colleagues from Germany to Vermont. He has received an Excellence in Teaching Award, an Award for Outstanding Contributions to International Education, and he was the first American to be named president of the International Novalis Society.
The title of this Festschrift captures Mahoney's life-long occupation with this rich period of German cultural, intellectual, and literary life. The essays display his erudition and expertise on such subjects as the multifaceted Age of Goethe, including the continuing discussion of the nature of the Bildungsroman and the influence of the French Revolution. The essays deal primarily with Goethe, Schiller, and Novalis, but Gotthold Ephraim Lessing, Georg Forster, Caroline von Wolzogen, Jean Paul, E.T.A. Hoffmann, Achim von Amim, and others are discussed as well. These individual essays are representative of Mahoney's accomplishments as a literary scholar – and a remarkable professor, colleague, and friend.