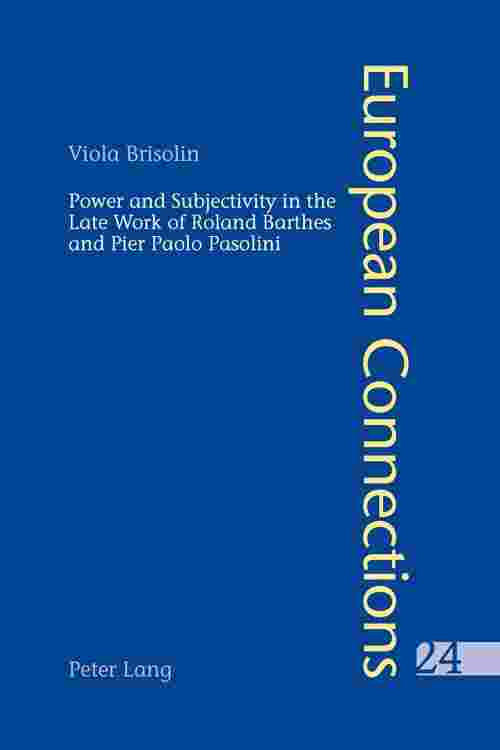 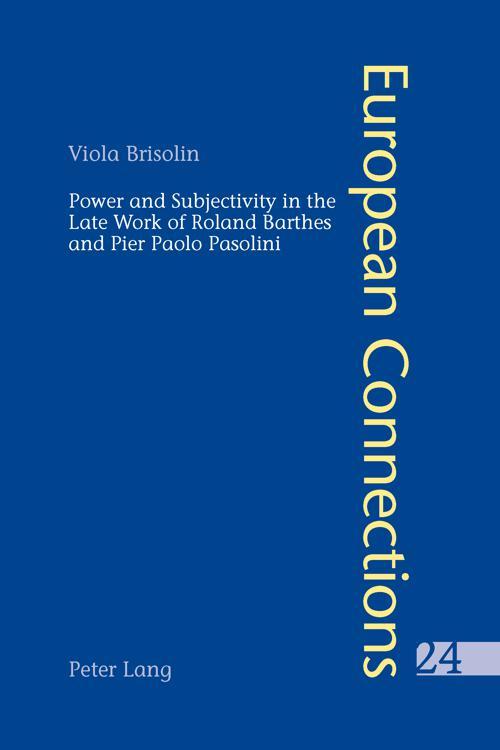 Roland Barthes and Pier Paolo Pasolini were two of the most eclectic cultural personalities of the past century, as elusive as they were influential. Despite the glaring differences between them, they also shared a number of preoccupations, obsessions and creative approaches. Certain themes recur insistently in the works of both men: the pervasiveness of power and the violence inherent in the modernising process; the possibility of freedom and subjective autonomy; and the role of creative practices in a society configured as a desert of alienation. Despite this common ground, no systematic attempt at reading the two authors together has been made before now. This book explores this uncharted territory by comparing these two intellectual figures, focusing in particular on the similarities and productive tensions that emerge in their late works. Psychoanalysis plays a key role in the articulation of this comparison.