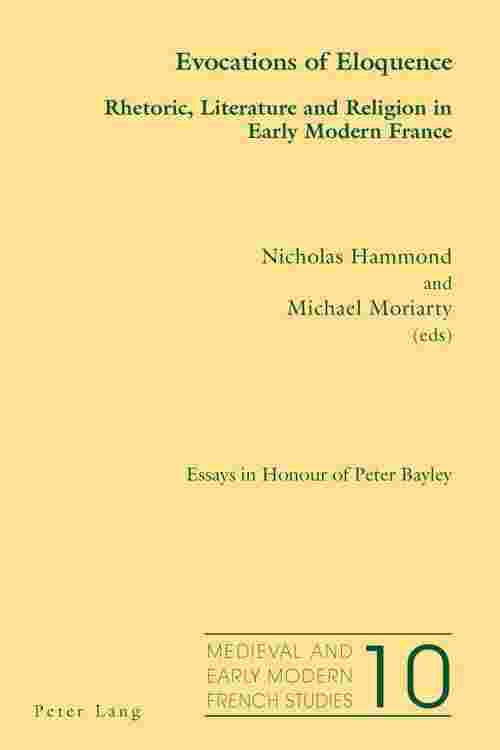 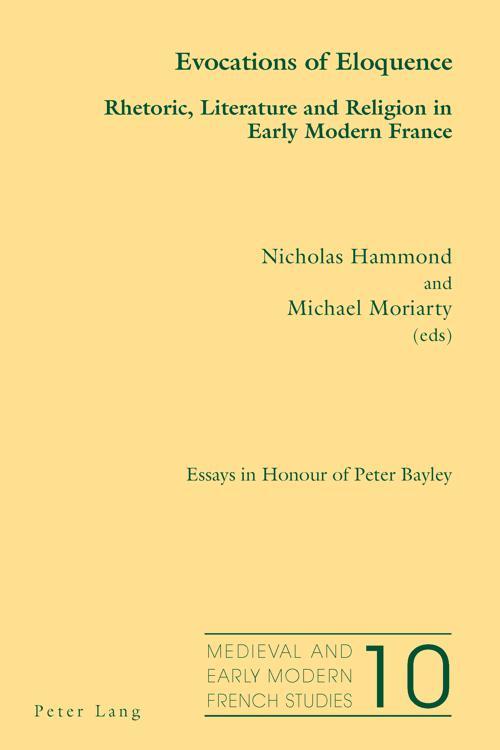 This collection of essays by leading scholars from France, Great Britain and North America is published in honour of Peter Bayley, former Drapers Professor of French at the University of Cambridge and a leading scholar of early modern France. The volume reflects his scholarly interest in the interface between religion, rhetoric and literature in the period 1500–1800. The first three sections of the book are concerned with the early modern period. The contributors consider subjects including the eloquence of oration from the pulpit, the relationship between religion, culture and belief, and the role of theatre and ceremony during the seventeenth century. They engage with individuals such as the theologian Jacques-Bénigne Bossuet, the dramatists Molière, Racine and Corneille, and the philosophers Bayle and Pascal. The volume concludes with a section that is concerned with critical influences and contexts from the sixteenth, eighteenth and nineteenth centuries. Throughout, the authors offer stimulating new perspectives on an age that never ceases to intrigue and fascinate.