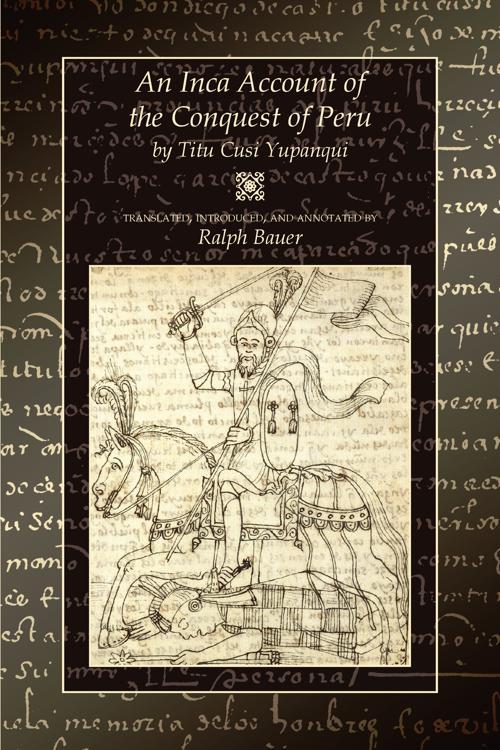 Available in English for the first time, An Inca Account of the Conquest of Peru is a firsthand account of the Spanish invasion, narrated in 1570 by Diego de Castro Titu Cusi Yupanqui - the penultimate ruler of the Inca dynasty - to a Spanish missionary and transcribed by a mestizo assistant. The resulting hybrid document offers an Inca perspective on the Spanish conquest of Peru, filtered through the monk and his scribe.

Titu Cusi tells of his father's maltreatment at the hands of the conquerors; his father's ensuing military campaigns, withdrawal, and murder; and his own succession as ruler. Although he continued to resist Spanish attempts at "pacification," Titu Cusi entertained Spanish missionaries, converted to Christianity, and then, most importantly, narrated his story of the conquest to enlighten Emperor Phillip II about the behavior of the emperor's subjects in Peru. This vivid narrative illuminates the Incan view of the Spanish invaders and offers an important account of indigenous resistance, accommodation, change, and survival in the face of the European conquest.

Informed by literary, historical, and anthropological scholarship, Bauer's introduction points out the hybrid elements of Titu Cusi's account, revealing how it merges native Andean and Spanish rhetorical and cultural practices. Supported in part by the Colorado Endowment for the Humanities.