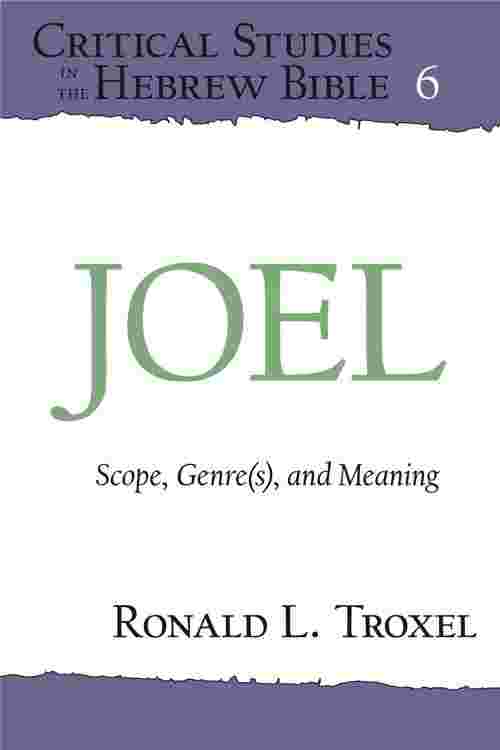 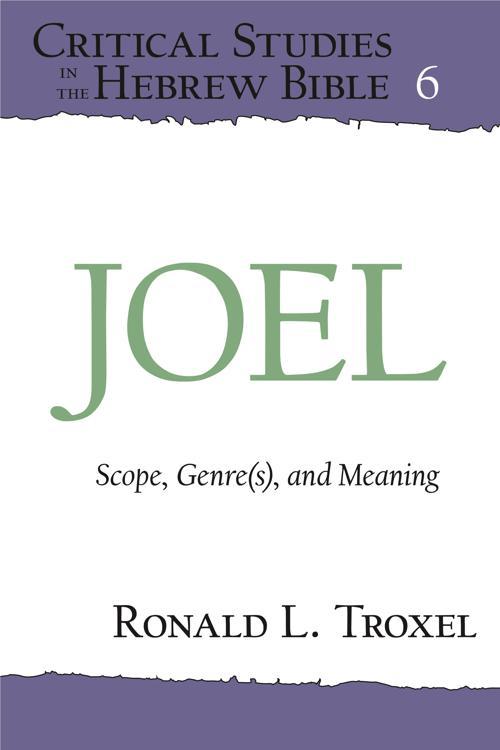 A lengthy history of readers’ struggles with Joel lies behind Merx’s characterization of the book as “the problem child of Old Testament exegesis, insofar as the resources utilized by interpreters thus far are entirely insufficient to dispel its darkness”. Long before Vernes posited that chapters 3–4 were a composition distinct from 1–2, Augustine voiced his perplexity about how the book constituted a unity. Many attempts to expound it as a unity have subdued the book’s tensions through problematic harmonizations. On the other hand, theories of the book’s development within the construction of a Book of the Twelve not only bar understanding the book as a whole, but also fall short of explaining its composition.

In this volume, Ronald L. Troxel acknowledges the perennial problems raised by the book, but argues that taking account of the signs of its genre elucidates numerous cruxes and spotlights salient interpretive features that are infrequently discussed. Recognizing that chapter four comprises a series of late additions permits recognition of narrative markers that unite the first three chapters as a product of schriftgelehrte Prophetie, “scribal prophecy”. The book’s features align well with those of two other prophetic narratives fashioned as composite works: Jonah and Haggai. All three books are better accounted for in this way than through the prism of redactional expansion. Correlatively, the long-standing arguments against chapter 3 as the literary continuation of chapters 1–2 prove reliant on social conceptions of prophecy that are alien to schriftgelehrte Prophetie. Instead, Troxel shows Joel 3 to be the culmination of a didactic narrative meant to prepare a future generation to survive the Day of the Lord.

The first chapter of Troxel’s study illuminates the persistent conundrums addressed in the history of interpretation, as well as the social contexts from which resolutions have been proposed. Chapters two and three address the book’s composite texture and narrative marks, while chapter four expounds its distinctive eschatology. The fifth chapter synthesizes these observations in a synopsis of Joel’s genre, scope, and meaning.