📖[PDF] "See and Read All These Words" by Chad L. Eggleston | Perlego 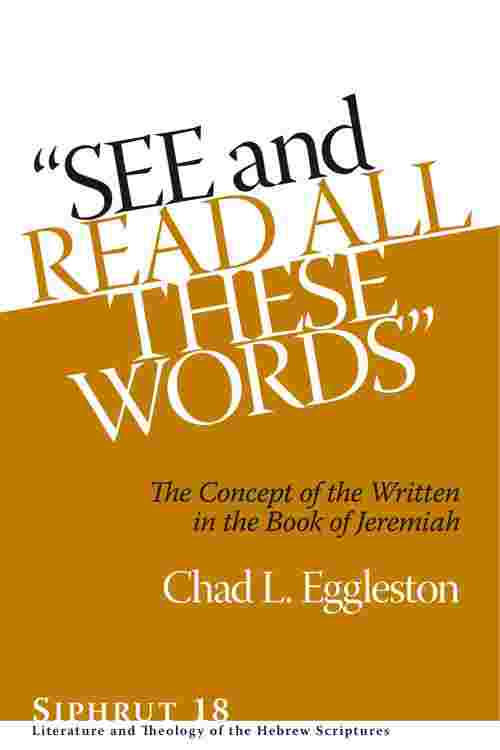 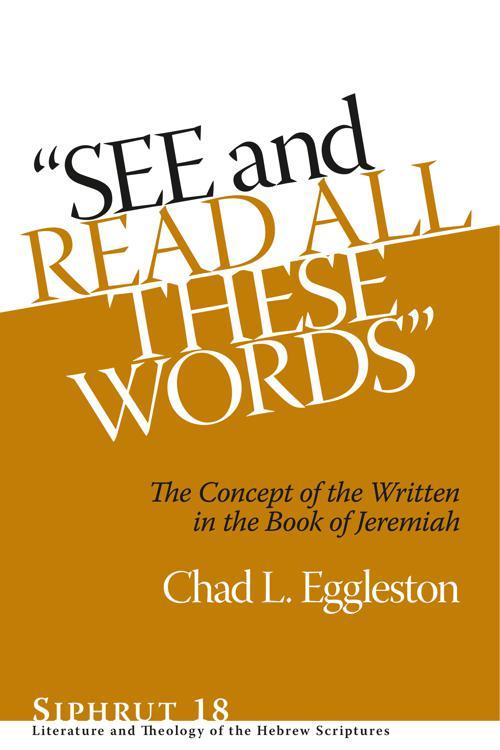 Unusually for the Hebrew Bible, the book of Jeremiah contains a high number of references to writers, writing, and the written word. The book (which was primarily written during the exilic period) demonstrates a key moment in the ongoing integration of writing and the written word into ancient Israelite society. Yet the book does not describe writing in the abstract. Instead, it provides an account of its own textualization, thereby blurring the lines between the texts in the narrative and the texts that constitute the book. Scrolls in Jeremiah become inextricably intertwined with the scroll of Jeremiah.

The first exegetical chapter describes the standard chain of transmission from the divine to the prophet to the scribe, demonstrating that all three agents in this chain are imagined as writers and that writing was increasingly understood as a suitable conduit for the divine word. The second exegetical chapter attends to the written word in Jeremiah, especially Jeremiah’s self-references (e.g., “in this book”, “all these words”) as a pivotal element in the extension of the chain of transmission beyond the words in the text to the words of the text. Finally, the third exegetical chapter considers the construction of the audience in the book of Jeremiah, concluding that the written word, as Jeremiah imagines it, is to be received by a worshiping audience through public reading but delivered via textual intermediaries.