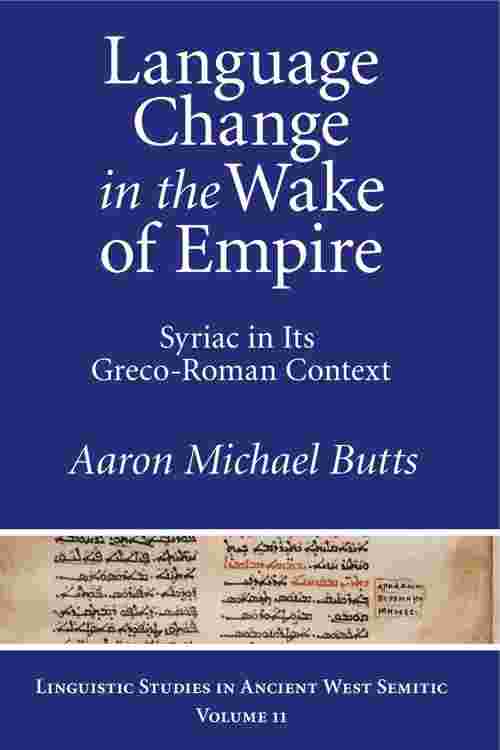 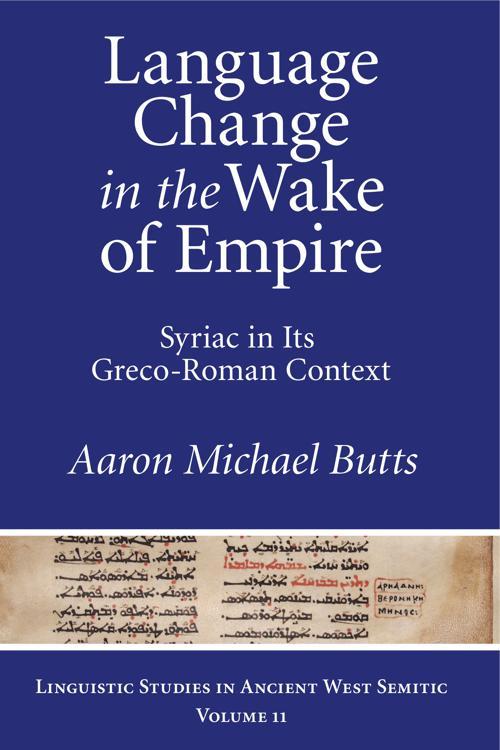 It is well documented that one of the primary catalysts of intense language contact is the expansion of empire. This is true not only of recent history, but it is equally applicable to the more remote past. An exemplary case (or better: cases) of this involves Aramaic. Due to the expansions of empires, Aramaic has throughout its long history been in contact with a variety of languages, including Akkadian, Greek, Arabic, and various dialects of Iranian. This books focuses on one particular episode in the long history of Aramaic language contact: the Syriac dialect of Aramaic in contact with Greek.

In this book, Butts presents a new analysis of contact-induced changes in Syriac due to Greek. Several chapters analyze the more than eight-hundred Greek loanwords that occur in Syriac texts from Late Antiquity that were not translated from Greek. Butts also dedicates several chapters to a different category of contact-induced change in which Syriac-speakers replicated inherited Aramaic material on the model of Greek. All of the changes discussed in the book are located within their broader Aramaic context and analyzed through a robust contact linguistic framework.

By focusing on the Syriac language itself, Butts introduces new – and arguably more reliable – evidence for locating Syriac Christianity within its Greco-Roman context. This book, thus, is especially important for the field of Syriac studies. The book also contributes to the fields of contact linguistics and the study of ancient languages more broadly by analyzing in detail various types of contact-induced change over a relatively long period of time.