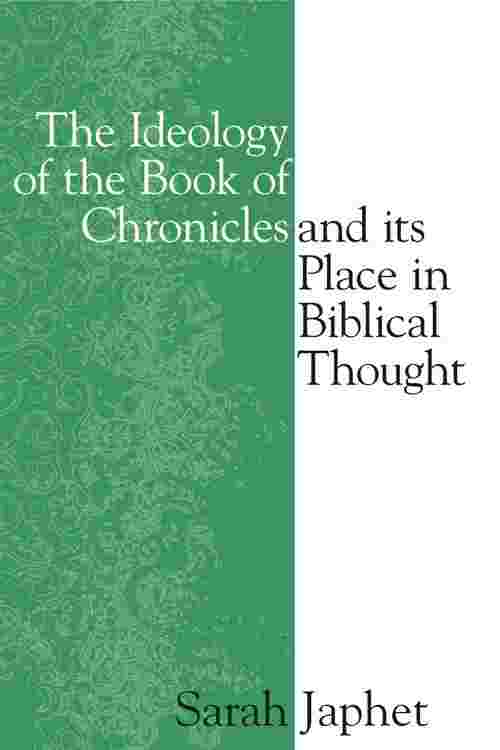 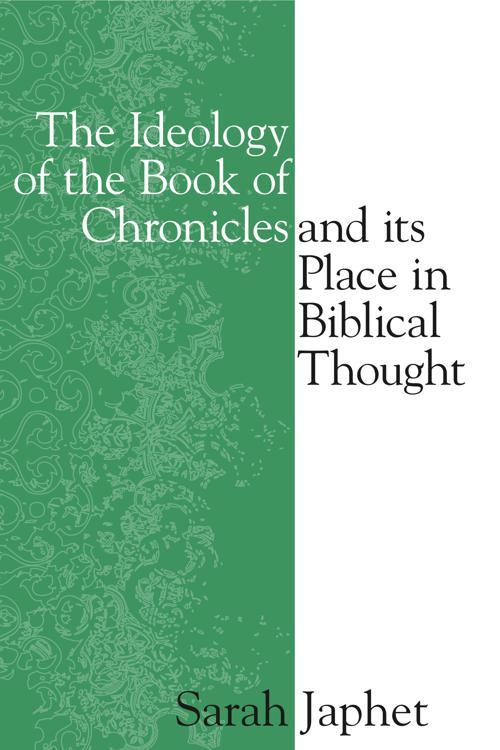 In the last several decades, interest in the Exilic and Postexilic periods of ancient Israel’s history has grown, especially as this era has been recognized to be important for the formation of the Hebrew Bible. One of the scholars at the forefront of interest in this period is Sara Japhet, now Yehezkel Kaufmann Professor Emeritus in the Department of Bible at the Hebrew University of Jerusalem. This volume, which is based on Japhet’s 1973 Ph.D. dissertation at the Hebrew University (published in Hebrew in 1978), was first published in English in 1989 and rapidly was recognized as a major distillation of the themes underlying the ideology of the book of Chronicles.

The book of Chronicles, written at the end of the fourth century B.C.E., relates the history of Israel from its beginnings with the creation of man to the return from exile with the declaration of Cyrus. The historical and theological points of departure of the Chronicler’s description are to be found in the realities of his own day. Through this historical composition, he attempts to imbue with new meaning the two components of Israel’s life: the past, which through its sublimation and transformation into a norm was in danger of becoming remote and irrelevant, and the present, which is granted full legitimization by demonstrating its continuity with this past. The one is interpreted in terms of the other. Japhet’s study strives to reveal the Chronicler’s views and perspectives on all the major issues of Israel’s history and religion, unveiling his role as a bridge between biblical and postbiblical faith.

The book has been out of print for a number of years; this edition, which has been completely retypeset (so that it is more readable), makes an important contribution to the growing body of literature that explores the development of Israelite religion during the time of the formation of the Hebrew Scriptures. Japhet’s ground-breaking work continues to make a lasting contribution to our understanding of the historical and theological position of the Chronicler.