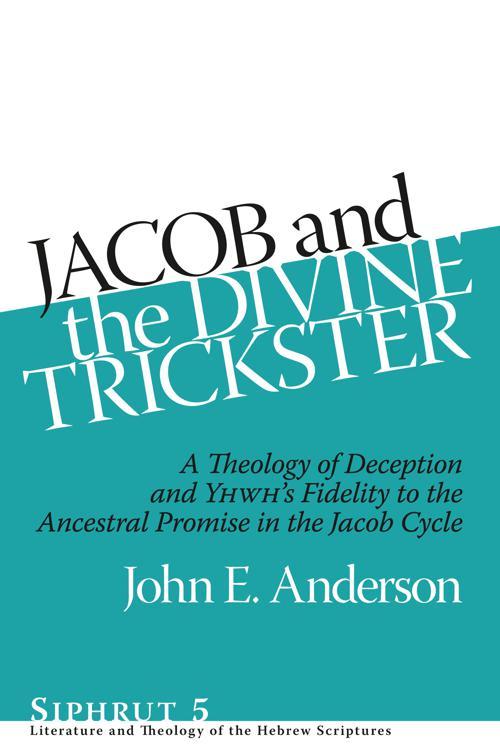 The book of Genesis portrays the character Jacob as a brazen trickster who deceives members of his own family: his father Isaac, brother Esau, and uncle Laban. At the same time, Genesis depicts Jacob as YHWH’s chosen, from whom the entire people Israel derive and for whom they are named. These two notices produce a latent tension in the text: Jacob is concurrently an unabashed trickster and YHWH’s preference. How is one to address this tension? Scholars have long focused on the implications for the character and characterization of Jacob. The very question, however, at its core raises an issue that is theological in nature. The Jacob cycle (Gen 25–36) is just as much, if not more, a text about God as it is about Jacob, a point startlingly absent in a great deal of Genesis scholarship. Anderson argues for the presence of what he has dubbed a theology of deception in the Jacob cycle: YHWH operates as a divine trickster who both uses and engages in deception for the perpetuation of the ancestral promise (Gen 12:1–3).

Through a literary hermeneutic, emphasizing the symbiotic relationship between how the text means and what the text means, and a keen eye to the larger task of Old Testament theology as literally “a word about God,” Anderson examines the various manifestations of YHWH as trickster in the Jacob cycle. The phenomenon of divine deception at every turn is intimately tethered in diverse ways to YHWH’s unique concern for the protection and advancement of the ancestral promise, which has cosmic implications. Attention is given to the ways that the multiple deceptions—some previously unnoticed—evoke, advance, and at times fulfill the ancestral promise.

Anderson’s careful and thoughtful interweaving of trickster texts and traditions in the interest of theology is a unique contribution of this important volume. Oftentimes, scholars who are interested in the trickster are unconcerned with the theological ramifications of the presence of material of this sort in the biblical text, while theologians have often neglected the vibrant and pervasive presence of the trickster in the biblical text. Equally vital is the necessity of viewing the Old Testament’s image of God as also comprising dynamic, subversive, and unsettling elements. Attempts to whitewash or sanitize the biblical God fail to recognize and appreciate the complex and intricate ways that YHWH interacts with his chosen people. This witness to YHWH’s engagement in deception stands alongside and paradoxically informs the biblical text’s portrait of YHWH as trustworthy and a God who does not lie. Anderson’s Jacob and the Divine Trickster stands as a stimulating and provocative investigation into the most interesting and challenging character in the Bible, God, and marks the first true comprehensive treatment of YHWH as divine trickster. Anderson has set the stage to continue the conversation and investigation into a theology of deception in the Hebrew Bible.