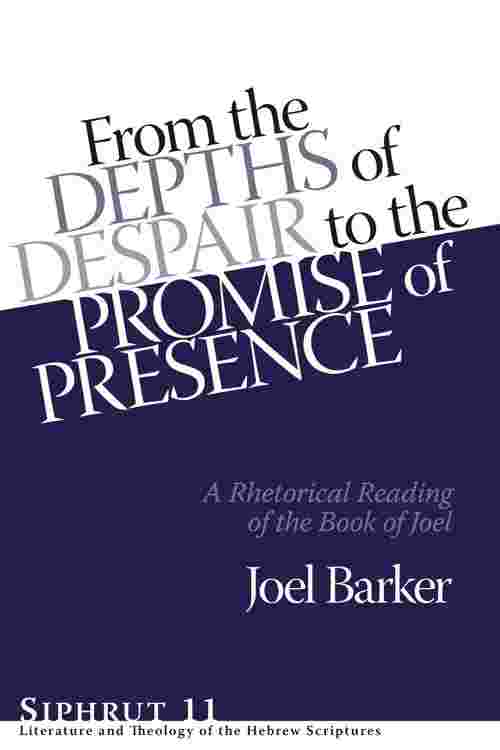 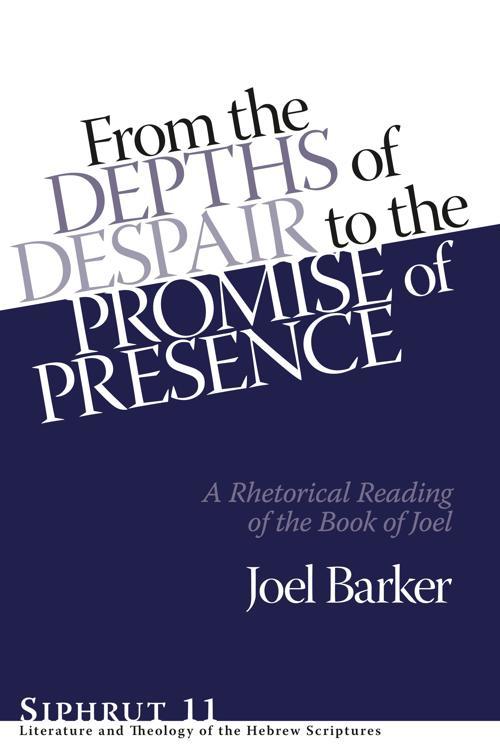 For decades, the prophetic book of Joel has been the focus of scrutiny that belies its brevity. It captures readers with its vivid descriptions of locusts and military invasion and the distress that they cause. It then reveals the concern of YHWH for the covenant community as it systematically reverses the crises that it announces. The book of Joel also offers a window into the rhetorical function of “the day of YHWH” as it uses the phrase to announce both judgment and restoration. Reflecting the creativity of the Old Testament prophetic spirit, the book then guides its readers from utter anguish to the hope of restoration, rooted in the presence of YHWH.

From the Depths of Despair to the Promise of Presence delves into Joel’s rhetoric and explores the ways in which it seeks to persuade its audience to adopt its perspective in order to respond to a time of crisis. Barker evaluates the state of the discussion surrounding Joel’s composition and relationship to the Book of the Twelve. He develops a model of rhetorical criticism that builds on the foundations of previous approaches and proposes modifications that address the specific challenges posed by the book of Joel. He then puts this model into practice and demonstrates that the book of Joel moves from scenes of devastation to promises of restoration in articulating the necessity of calling and relying on YHWH in all circumstances. He explores the persuasive potential of Joel by focusing on its rhetorical structures and strategy. He examines the way the book of Joel engages its audience and guides the people to realize that they must turn to YHWH so that YHWH will turn and bring restoration.

From the Depths of Despair to the Promise of Presence invites the reader to enter into the world of Joel. It calls the reader to experience the ways in which the book of Joel intertwines threats of destruction and the hope of renewal in order to reveal the character of YHWH.