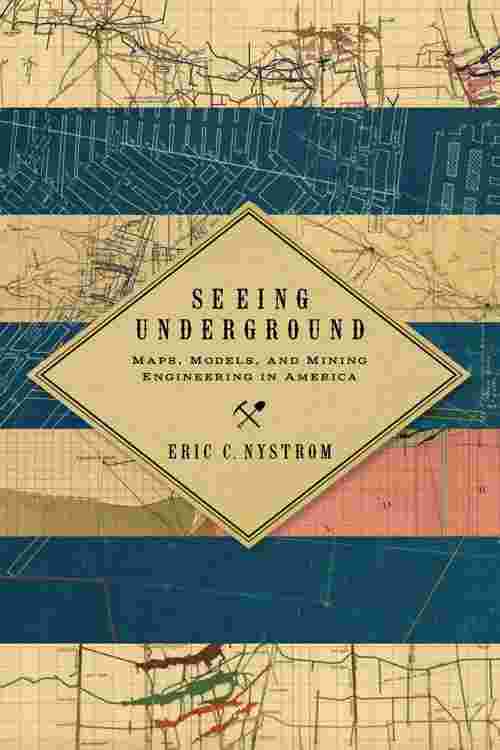 Digging mineral wealth from the ground dates to prehistoric times, and Europeans pursued mining in the Americas from the earliest colonial days. Prior to the Civil War, little mining was deep enough to require maps. However, the major finds of the mid-nineteenth century, such as the Comstock Lode, were vastly larger than any before in America. In Seeing Underground, Nystrom argues that, as industrial mining came of age in the United States, the development of maps and models gave power to a new visual culture and allowed mining engineers to advance their profession, gaining authority over mining operations from the miners themselves.Starting in the late nineteenth century, mining engineers developed a new set of practices, artifacts, and discourses to visualize complex, pitch-dark three-dimensional spaces. These maps and models became necessary tools in creating and controlling those spaces. They made mining more understandable, predictable, and profitable. Nystrom shows that this new visual culture was crucial to specific developments in American mining, such as implementing new safety regulations after the Avondale, Pennsylvaniafire of 1869 killed 110 men and boys; understanding complex geology, as in the rich ores of Butte, Montana; and settling high-stakes litigation, such as the Tonopah, Nevada, Jim Butler v. West End lawsuit, which reached the US Supreme Court.Nystrom demonstrates that these neglected artifacts of the nineteenth and early twentieth centuries have much to teach us today. The development of a visual culture helped create a new professional class of mining engineers and changed how mining was done. Seeing Undergound isthe winner of the 2015 Mining History Association's Clark Spence Award for the best book on mining history.