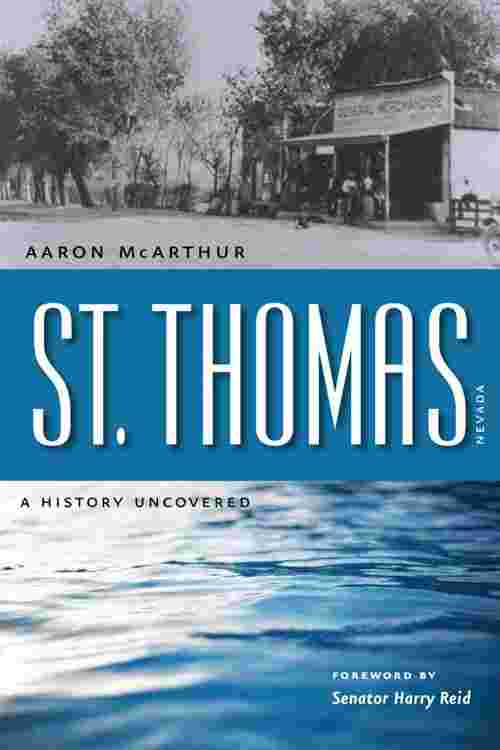 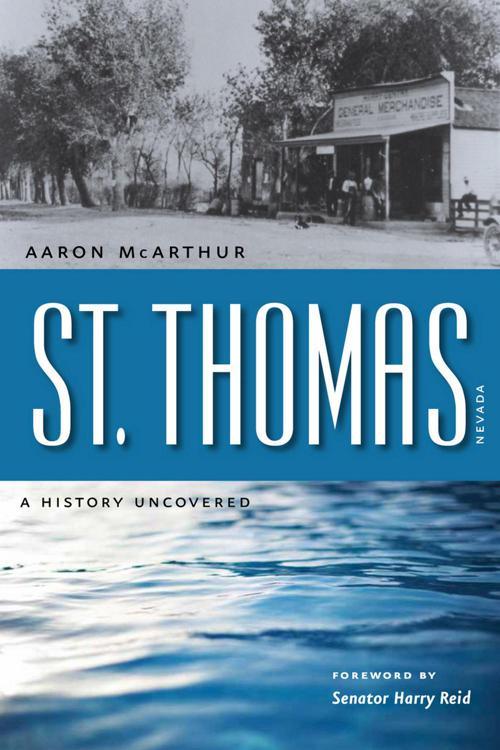 The history of St. Thomas, Nevada, the remains of which today lay under the high water mark of Lake Mead, begins in 1865 with Mormon missionaries sent by Brigham Young to the Moapa Valley to grow cotton. In 1871 the boundary of Utah territory was shifted east by one degree longitude, and the town became part of Nevada. New settlers moved in, miners and farmers, interacting with the Mormons and native Paiutes. The building of Hoover Dam doomed the small settlement, yet a striking number of people still have connections to a town that ceased to exist three-quarters of a century ago. Today, the ruins of this ghost town, just sixty miles east of Las Vegas, are visible when the waters of Lake Mead are low. Located in a national recreation area, the National Park Service today preserves and interprets the remains of St. Thomas as a significant historical site. Touching as it does upon on early explorers, Mormons, criminals, railroad and auto transportation, mining, water, state and federal relations, and more, St. Thomas, Nevada offers much to Mormon and regional historians, as well as general readers of western history.