[PDF] Kennedy: His Life and Legacy by Ben Nussbaum | Perlego 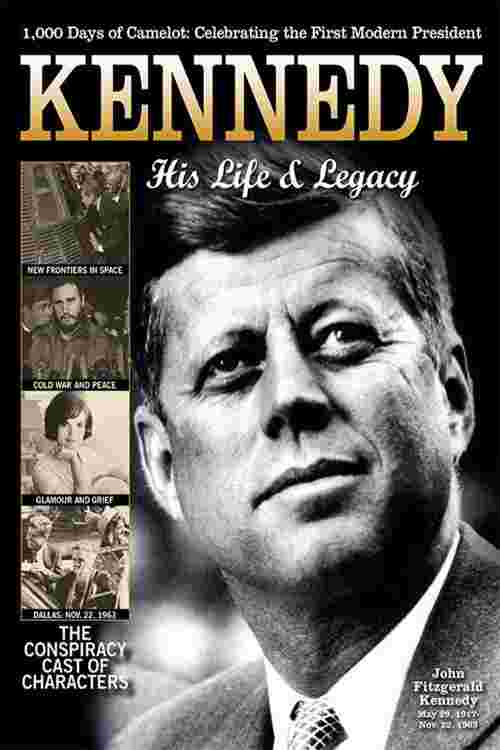 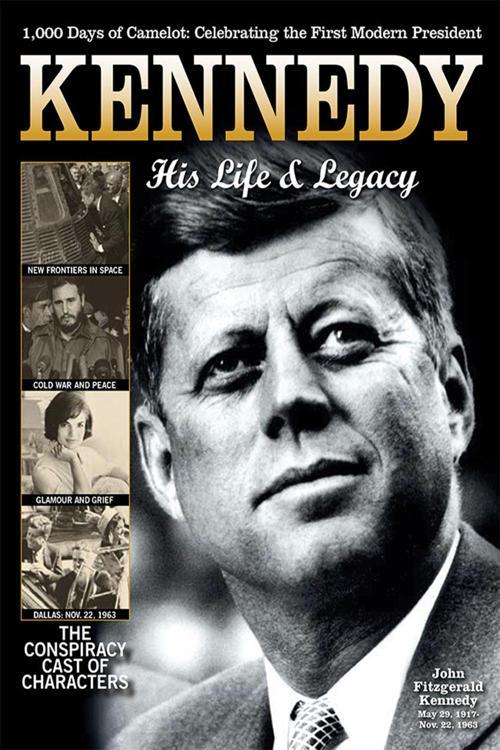 Kennedy: His Life and Legacy

Kennedy: His Life and Legacy

Commemorating the fiftieth anniversary of the untimely death of America’s most popular president, Kennedy: His Life & Legacy is a candid look at the charisma and excitement that captured the nation during John F. Kennedy’s one thousand days of Camelot. Editor Ben Nussbaum has compiled a collection of riveting chapters that discuss the influence and money of the Kennedy clan, the politics and unique circumstances that led to JFK’s election, his presidency, his family, and his assassination. The book convincingly debunks the major conspiracy theories that mushroomed on our nation’s darkest day, when the much-loved young president was violently slain in the streets of Dallas, Texas.
Concise and colorful, this 96-page book offers readers a snapshot of President John Fitzgerald Kennedy and a glimpse at what made Americans fall in love with the thirty-fifth president during a time not only of great population and economic growth but also of pressing international conflicts with Vietnam, the U.S.S.R., and Cuba. Over five decades since JFK’s election, he remains the most highly rated President, according to a Gallup poll; during his brief presidency, his approval rating of 70.1 was the highest of any post-World War II chief executive.
A handsome young Boston native, from one of America’s wealthiest and most influential families, JFK declared on the day of his inauguration that the country was now "a new generation of Americans,” and citizens responded enthusiastically to the new president’s positive outlook, charisma, and confidence. By 1960, the United States of America had emerged as the world’s only superpower, and JFK, as the first president born in the twentieth century, represented hope, prosperity, and strength to the world at large. He used the country’s new popular medium—television—to his great advantage, appearing in ninety percent of the country’s living room as a charming, well-educated, worldly world leader. The book presents JFK as the nation’s first Hollywood president—a celebrity who braced the nation for changes and challenges of the New Frontier, encouraging Americans to dream about stars, far-off planets, and a moon that an American would soon be the first to walk upon.
In Kennedy, His Life & Legacy, Nussbaum presents John F. Kennedy, our youngest president—forty-three upon his inauguration—as a U.S. Navy war hero, the inspired author of Profiles in Courage, and a talented, thoughtful statesman and then demystifies the hero by showing how he used his charisma and power to downplay his youth and inexperience, his lackluster performance in Congress, and his unattractive Catholicism. Kennedy did well, too, to hide his dark side—his years as a rash and wild womanizer, his poor health, and the elitism that stemmed from his family’s virtually limitless wealth. The book unapologetically recounts JFK’s playboy escapades, taking place before and during his presidency—in the Oval Office, the Lincoln bedroom, and the White House pool. The author names names: Mary Pinchot Meyer, Judith Campbell Exner, Jill Cowen, Priscilla Wear, Pamela Turnure, and of course, Marilyn Monroe. The family’s great wealth, however, easily offset the president’s moral bankruptcy, and the White House staff along with Frank Sinatra, J. Edgar Hoover, and other high-profile celebrities miraculously kept all of JFK’s sexcapades quiet until years after his death.
In painting a realistic human portrait of JFK, the book discusses the president’s relationships with his father, Joseph; his younger brother Robert; his wife, Jacqueline; his Vice President, Lyndon B. Johnson, as well as various world leaders, and how the devotion of his wife and family helped to shield his political and personal image from disgrace.
The head of the Kennedy family, a self-made tycoon, and a foreign ambassador, Joseph P. Kennedy Sr. fueled not only the family’s private planes and fleets of automobiles but also their ambition and competitive spirits. The father of nine, Joe made national politics a family affair and financed his sons’ campaigns himself. Three of his four sons became major national politicians who sought the presidency.
The book discusses the country’s fascination with Jacqueline Bouvier Kennedy, JFK’s devoted wife and heartbroken widow, a quiet but sophisticated First Lady whose unique sense of style captured the fashion world and catapulted Oleg Cassini to greater international fame. As the book reveals, Jackie Kennedy well knew about her husband’s extravagant indiscretions and actually worked hard to protect his image…and her own.
Other chapters, fully illustrated and often accompanied by detailed timelines, are devoted to major events or people in the president’s life: the Space Race, Cuban Missile Crisis, the harrowing attack on JFK’s PT-109 in the Pacific, the establishment of the Peace Corps, Robert Kennedy, Lyndon B. Johnson, Prime Minister Harold MacMillan, and JFK’s battle with Addison’s disease.
A fascinating chapter on the historical events of November 11, 1963 offers a heart-stopping account of JFK’s assassination and a detailed timeline of the events of that day. Inevitably, the book addresses the new age ushered in by the birth of conspiracy theories surrounding the president’s assassination, in part due to the findings of the Warren Commission itself. With swiftness and clarity, the text debunks several major conspiracy theories, revealing both truths and falsehoods. Among the many popular possible conspirators covered are: the FBI, the CIA, the Mafia, those who hated the Vietnam War, those who loved or hated Fidel Castro, the Communists, and Vice President Lyndon B. Johnson. The author purports that the FBI did not mount a plot to assassinate JFK, but the agency worked diligently in the aftermath to cover up the possibility that such plot existed.
Despite revelations about JFK’s image, character, and limitations since that dark day in November 1963, John F. Kennedy’s life, presidency, and death retain a powerful hold on the nation’s heart and memory. Kennedy: His Life & Legacy celebrates this all-too human American president who became a larger-than-life hero, one who continues today to fascinate new generations of Americans and citizens of the world.