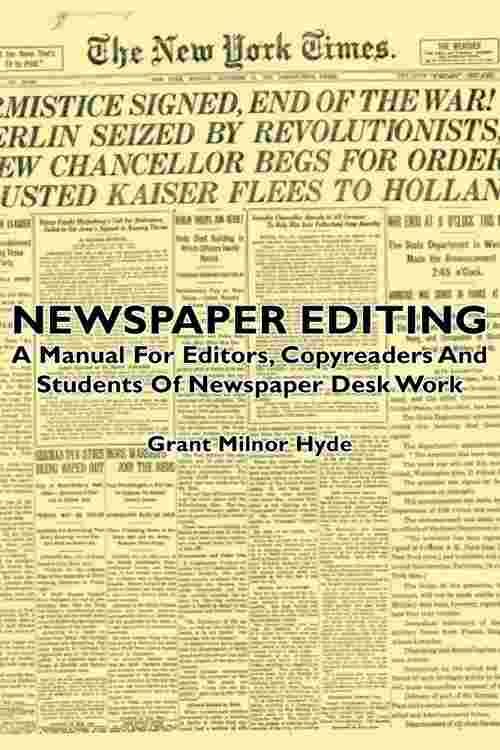 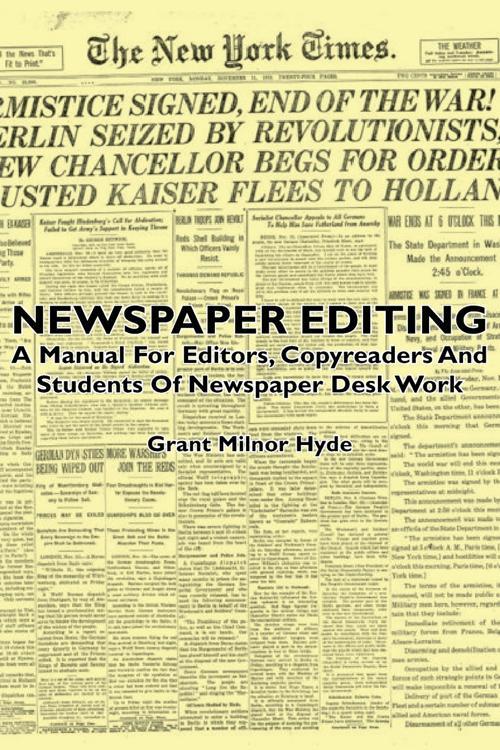 Newspaper Editing - A Manual For Editors, Copyreaders And Students Of Newspaper Desk Work

Newspaper Editing - A Manual For Editors, Copyreaders And Students Of Newspaper Desk Work

Much has happened in the newspaper profession and in the schools of journalism since this book was first published ten years ago. The newspapers have covered a World War and war periods have always brought the greatest changes in American newspapers have wrestled with doubled costs of production, reduced staffs, much merging, curtailed income, and are now deep in the perplexities of reconstruction. Meanwhile schools and courses in journalism have greatly increased in number, enrolment, and branches of instruction. When the book was presented in 1915, it was the first textbook entirely devoted to the problems and technique of newspaper desk work. It has, therefore, been widely used in classes in copyreading, headline writing, and make-up, as well as in newspaper offices. Its contents have been put to a severe test, and some have been found wanting. The author himself, in using it year after year in class, filled many page margins with suggestions for improvement. Hence, in preparation for its tenth anniversary, it is well that the book should receive a thorough overhauling to bring it up to date, to put in some things omitted before, to make it more usable and teachable. Its general structure has not been changed. Most of the alterations are in the chapters on copyreading, headline writing, make-up, and type, but many additions have been made in other chapters. Class exercises have now been added to each chapter to present in brief much of the technique of teaching, as it has developed in the larger schools. They are intended to be suggestive, not only to the teacher, but to independent students and young newspaper workers. A bibliography has been added to suggest further reading. In the schools of journalism, the methods of teaching copyreading have developed during the period since first publication probably more than any other branch and have been somewhat standardized.