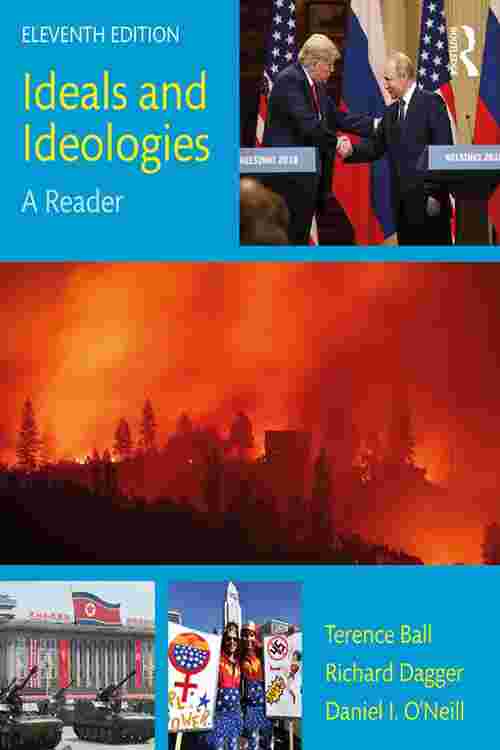 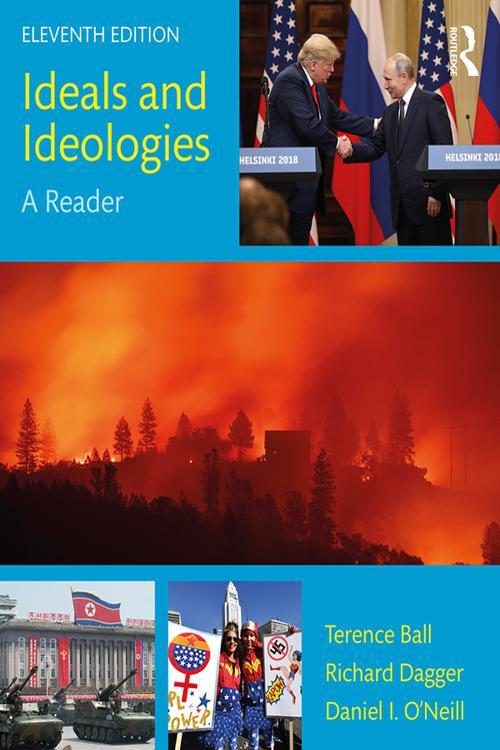 Ideals and Ideologies: A Reader is a comprehensive compilation of classic and contemporary readings representing all of the major "isms." It offers students a generous sampling of key thinkers in different ideological traditions and places them in their historical and political contexts. Used on its own or with Political Ideologies and the Democratic Ideal, the anthology accounts for the different ways people use ideology and conveys the continuing importance of ideas in politics.

An anthology of classic readings, Ideals and Ideologies has itself become a classic. This is a deep reflection on and of our political world. Introducing students to the powerful ideas that have mobilized and inspired political actors and causes across the contemporary landscape, it is a wonderful teaching tool and useful reference guide. Chosen for accessibility as well as significance, and updated with important and timely new voices, each reading is expertly introduced by the editors. This eleventh edition maintains the high standards one has come to expect from Ball, Dagger, and O’Neill.

Part 1The Concept of Ideology

That ideologies and ideological conflict have persisted throughout modern history should come as no surprise to anyone. Ideologies are born of crisis and feed on conflict. People need help to comprehend and cope with turbulent times and confusing circumstances, and—for better or worse—ideologies provide this help. An ideology does this by performing four important and perhaps indispensable functions for those who subscribe to it. First, it explains political phenomena that would otherwise remain mysterious or puzzling. Why are there wars and rumors of war? Why are there conflicts between nations, between classes, and between races? What causes depressions? The answer that one gives to these and to many other questions depends to some degree on one’s ideology. A Marxian socialist will answer one way, a fascist another, and a feminist yet another.
Second, an ideology provides its adherents with criteria and standards of evaluation—of deciding what is right and wrong, good and bad. Are class differences and vast disparities of wealth good or bad things? Is interracial harmony possible, and, if so, is it desirable? Is censorship permissible, and, if so, under what conditions? Again, the answers one gives will depend on which ideology one subscribes to.
Third, an ideology orients its adherents, giving them a sense of who they are and where they belong—a social and cultural compass with which to define and affirm their individual and collective identity. Fascists, for example, will typically think of themselves as members of a superior nation or race. Communists will see themselves as people who defend the working class against capitalist oppression and exploitation. Animal liberationists will identify themselves as defenders of animals that are unable to protect themselves against human abuse and exploitation.
Fourth and finally, an ideology supplies its adherents with a rudimentary political program. This program provides an answer to the question posed by the Russian revolutionary Lenin, among many others: What is to be done? And, no less important: Who is to do it? With what means? A Marxist-Leninist, for instance, will answer these questions as follows: The working class must be emancipated from capitalist exploitation by means of a revolution led by a vanguard party. Fascists, feminists, Greens, liberals, conservatives, and others will, of course, propose other—and very different—programs of political action.
To summarize, a political ideology is a more or less systematic set of ideas that performs four functions for those who hold it: the explanatory, the evaluative, the orientative, and the programmatic. By performing these functions, an ideology serves as a guide and compass through the thicket of political life.
There are, as we shall see, many different political ideologies in the modern world. But what of democracy? Is it an ideology? In our view, democracy is not an ideology but an ideal that different ideologies interpret in different ways. For the ancient Greeks, who coined the word, democracy (demos-kratein) meant rule by, and in the interest of, the common people. In the modern world, some Marxists have insisted that a “people’s democracy,” in which the leaders of a revolutionary party rule in the name of the masses, is the best way to serve the interests of the common people. For liberals, however, democracy means “liberal democracy”—that is, majority rule, but with ample provision for the protection of minority rights. For most modern environmentally oriented Greens, democracy means decentralized “participatory” or “grassroots” democracy. Other ideologies interpret the democratic ideal in other ways. Democracy, then, is an ideal that most ideologies claim to strive for, but it is an ideal whose meaning they vigorously contest.
As with “democracy,” so too with “freedom.” What “freedom” means for liberals is something quite different from what it means for fascists, for example. We can see this more clearly by thinking of freedom (or liberty) as a triadic or three-sided relation among an agent, a goal, and any obstacle standing between the agent and the goal that he, she, or they seek to achieve. We represent this relationship in the following diagram (Figure 1.1).
Every ideology identifies the three elements of the triad in its own way. A liberal will typically identify the agent as an individual, the goal as the satisfaction of an individual’s own preferences or desires, and the obstacle as any unreasonable restraint or restriction on such “want satisfaction.” A Marxist, by contrast, will characteristically identify the agent as an entire class—the working class or “proletariat”—that struggles to overcome capitalist exploitation in order to achieve a classless communist society. A fascist will conceive of the agent as a whole nation or race attempting to overcome so-called inferior nations or races in a collective search for racial or national supremacy and purity. And other ideologies conceive of freedom in still other ways. Understanding how they conceive of freedom is, in fact, one of the best ways to understand the differences that separate any political ideology from its ideological rivals.

1.1Ideology: The Career of a Concept

TERRELL CARVER
The concept of ideology has undergone dramatic changes in meaning since the term ideologie was first coined in late eighteenth-century France. In the following essay, the Anglo-American political theorist Terrell Carver (1946–) traces these changes, concluding with a critical consideration of the ways in which the term “ideology” is used today.

Ideology: The Career of a Concept

An anthology of classic readings, Ideals and Ideologies has itself become a classic. This is a deep reflection on and of our political world. Introducing students to the powerful ideas that have mobilized and inspired political actors and causes across the contemporary landscape, it is a wonderful teaching tool and useful reference guide. Chosen for accessibility as well as significance, and updated with important and timely new voices, each reading is expertly introduced by the editors. This eleventh edition maintains the high standards one has come to expect from Ball, Dagger, and O’Neill.

The reason this anthology is now in its eleventh edition is that Ball, Dagger and O’Neil strike the right balance between historical and contemporary as they expertly select, introduce and contextualize essential readings for the study of political ideologies. Offering an accessible and profound account of the significance and role of ideas in politics, Ideas and Ideologies continues to hold its place as one of the leading introductory textbooks for undergraduate teaching of political theory.