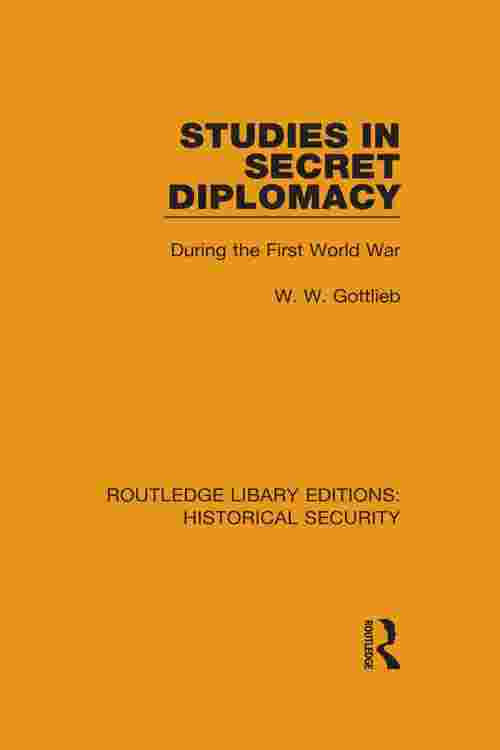 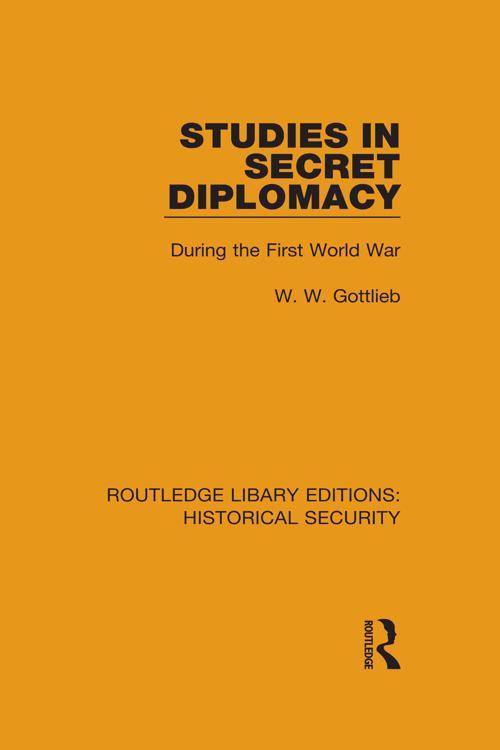 Originally published in 1957, the original blurb reads: 'From these studies of the secret diplomacy surrounding the entry of Turkey and Italy into the First World War, emerges a picture of the complex machinery behind the obvious wheels of international politics. The activities of statesmen and diplomats are related to the ramifications of big business, banks, oil and armament companies. The story of each move and counter-move, told mostly in the actors' own words and with many quotations from actual memoranda and dispatches, is based on sources which are quite new. The Russian collections of confidential correspondence, which include foreign diplomatic dispatches intercepted and deciphered in Russia, and the latest Documenti Diplomatici Italiani are practically unknown to the British public. This material has been integrated with that taken from all the available collections of British, French, German, Austro-Hungarian and American diplomatic documents, official publications, contemporary periodicals and economic and financial data, and such mines of information as the diaries, recollections and private letters of those involved.

This unusual combination of source material allows some general conclusions to be drawn as to the laws and logic of the diplomacy of power politics. The most striking fact, perhaps, is the diplomatic war among allies. The book brings out the deep-seated conflicts of interests in the German-Austro-Hungarian coalition, and those dividing Britain, France, Russia and Italy in the Near East, the Balkans and the Mediterranean. Another point of special interest is the inter-group and party struggle inside the countries for or against war; and another is the genesis of some of the fateful Secret Treaties which bedevilled the peace settlements of 1919-20.' Today it can be read and enjoyed in its historical context.