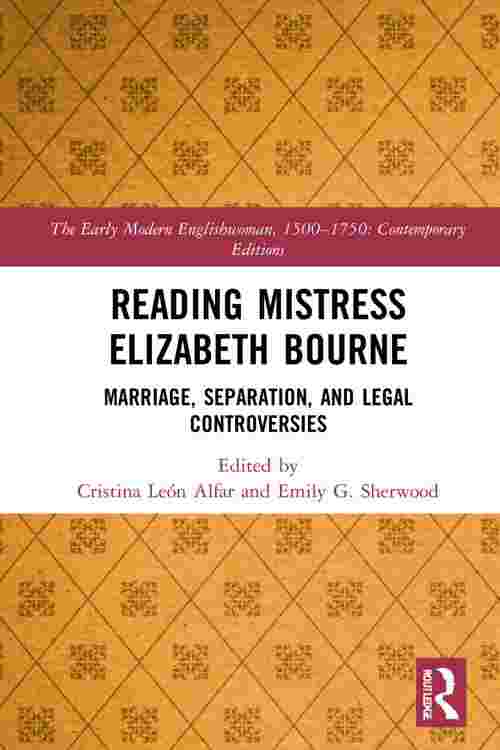 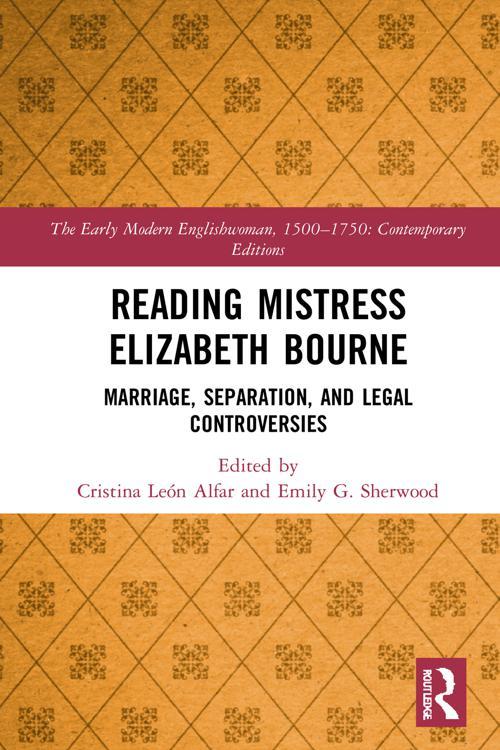 The documents contained in Reading Mistress Elizabeth Bourne: Marriage, Separation, and Legal Controversies tell a story of Mistress Bourne's petition for divorce, its resolution, and the ongoing dispute between Mistress Bourne and her husband about their marriage and separation, and subsequently between Mistress Bourne and Sir John Conway both for custody of her daughters and her financial security. The letters capture the contradiction between married women's official legal limitations and the often messy and complicated avenues of redress available to them. Elizabeth's narratives and desire for divorce challenge literary representations of patient endurance where appropriate feminine behavior restores a husband's devotion. The Bourne case offers a unique set of documents heretofore unavailable except through the British Library, National Archives' State Papers, and Hatfield House. Reading Mistress Elizabeth Bourne is tremendously important to early modern scholars and our knowledge about and view of women's negotiations for legal autonomy in the sixteenth century.