📖[PDF] Neoplatonism of the Italian Renaissance by Nesca A. Robb | Perlego 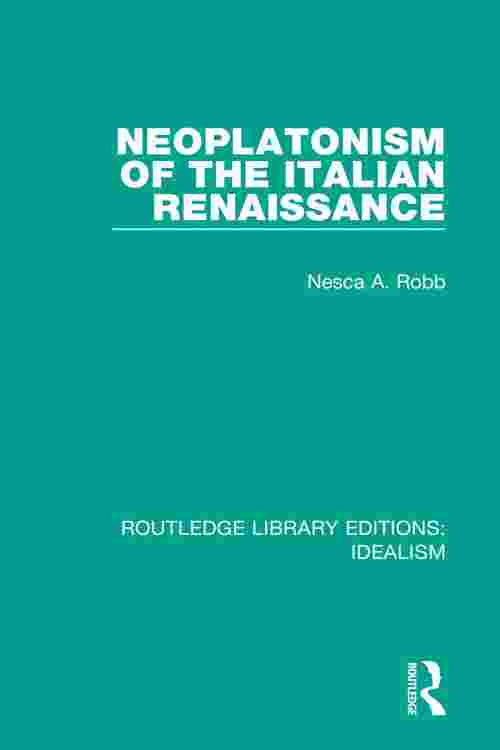 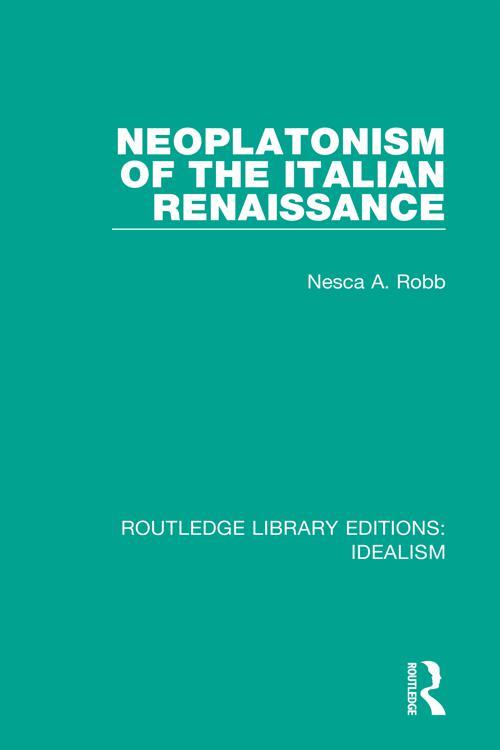 Originally published in 1935, the aim of this title is first to give a clear outline of Florentine Neoplatonism, and then to consider its influence on art and literature during a period that extends roughly from the age of Lorenzo de' Medici to the middle of the sixteenth century and the beginnings of the Counter-Reformation. No rigid divisions of time have been fixed, but with few exceptions the works discussed may be placed between these bounds.

Even within these limits it would require a work of greater dimensions that the present to exhaust so large a subject in all its bearings. The leaven of Neoplatonism had penetrated the thought of the age in many directions; this study is confined to such of its manifestations as were, in a somewhat narrow sense, artistic and literary and to the use and abuse of philosophical ideas for aesthetic purposes.