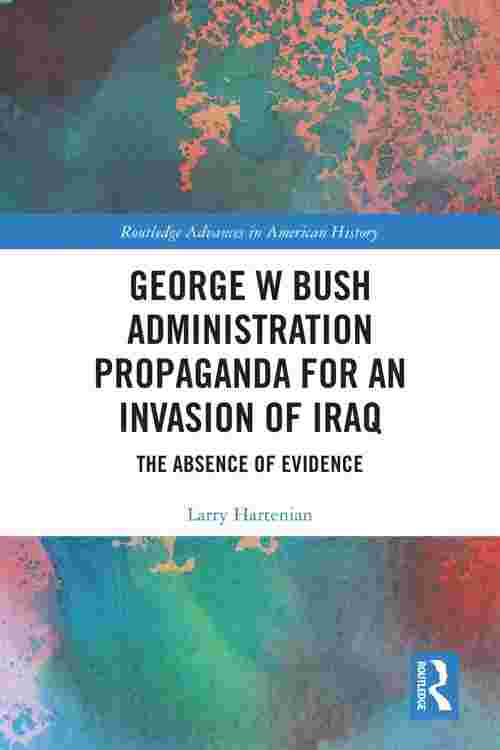 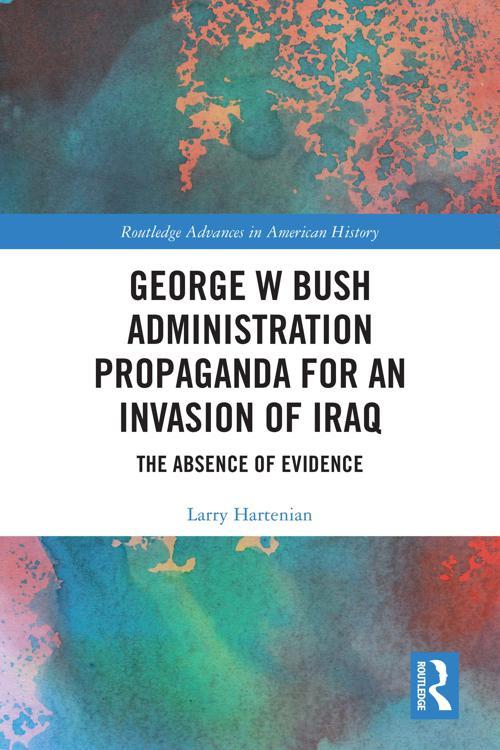 Hartenian's history of George W Bush propaganda for an invasion of Iraq returns the administration's approach to its conceptual origins. Hartenian places "evidence" in the center of his analysis, showing that Rumsfeld's "the absence of evidence is not evidence of absence" meant that no evidence was necessary to justify an invasion. The 9/11 attacks, indeed, "changed everything" for the Bush administration and in its aftermath the time for regime change in Iraq had simply come.

With no good evidence to support its fears, the administration was certain of apost-9/11-conceived Iraq–al Qaeda "nexus, " just as with no evidence except the "absence of evidence" it was certain of Iraqi mastery of "denial and deception" that hid "Saddam's" "evil" activities. Resting on Cheney's "one percent doctrine, " administration "certainty" of the threat from Iraq required a US invasion.

The policy offices of Douglas Feith at the Pentagon, with the help of George Tenet at CIA, would generate a case of such fright and enormity—the "mushroom cloud"—that required administration action. Manipulating intelligence and ignoring the growing body of evidence undermining its case, the Bush administration invaded Iraq to bring about "regime change."