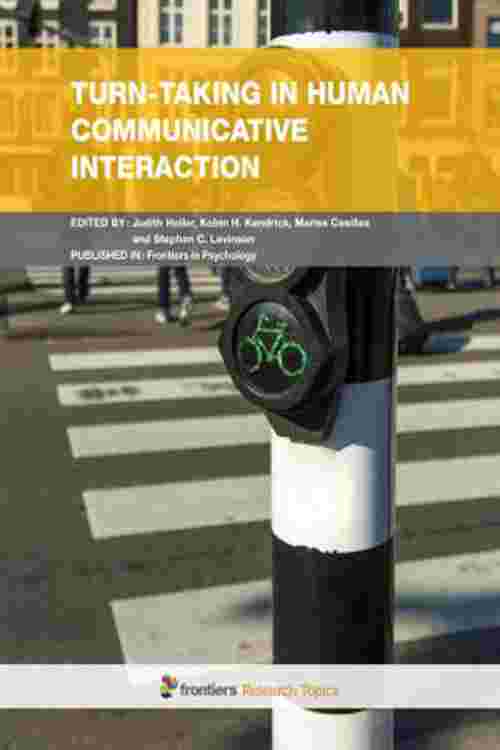 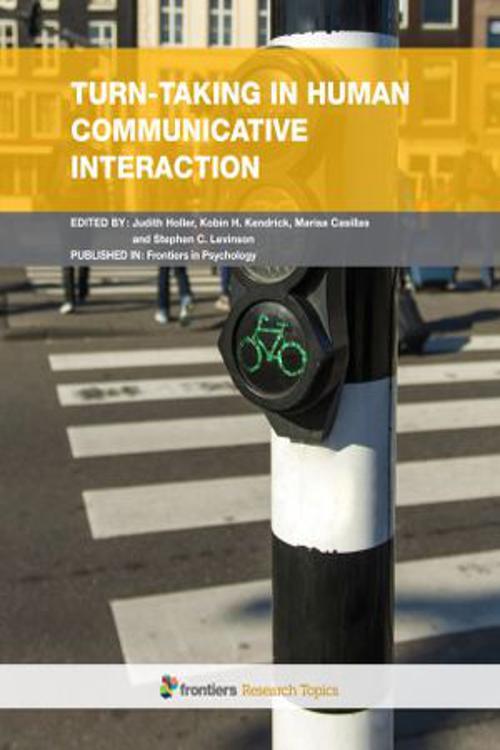 The core use of language is in face-to-face conversation. This is characterized by rapid turn-taking. This turn-taking poses a number central puzzles for the psychology of language. Consider, for example, that in large corpora the gap between turns is on the order of 100 to 300 ms, but the latencies involved in language production require minimally between 600ms (for a single word) or 1500 ms (for as simple sentence). This implies that participants in conversation are predicting the ends of the incoming turn and preparing in advance. But how is this done? What aspects of this prediction are done when? What happens when the prediction is wrong? What stops participants coming in too early? If the system is running on prediction, why is there consistently a mode of 100 to 300 ms in response time? The timing puzzle raises further puzzles: it seems that comprehension must run parallel with the preparation for production, but it has been presumed that there are strict cognitive limitations on more than one central process running at a time. How is this bottleneck overcome? Far from being 'easy' as some psychologists have suggested, conversation may be one of the most demanding cognitive tasks in our everyday lives. Further questions naturally arise: how do children learn to master this demanding task, and what is the developmental trajectory in this domain? Research shows that aspects of turn-taking such as its timing are remarkably stable across languages and cultures, but the word order of languages varies enormously. How then does prediction of the incoming turn work when the verb (often the informational nugget in a clause) is at the end? Conversely, how can production work fast enough in languages that have the verb at the beginning, thereby requiring early planning of the whole clause? What happens when one changes modality, as in sign languages -- with the loss of channel constraints is turn-taking much freer? And what about face-to-face communication amongst hearing individuals -- do gestures, gaze, and other body behaviors facilitate turn-taking? One can also ask the phylogenetic question: how did such a system evolve? There seem to be parallels (analogies) in duetting bird species, and in a variety of monkey species, but there is little evidence of anything like this among the great apes. All this constitutes a neglected set of problems at the heart of the psychology of language and of the language sciences. This research topic welcomes contributions from right across the board, for example from psycholinguists, developmental psychologists, students of dialogue and conversation analysis, linguists interested in the use of language, phoneticians, corpus analysts and comparative ethologists or psychologists. We welcome contributions of all sorts, for example original research papers, opinion pieces, and reviews of work in subfields that may not be fully understood in other subfields.