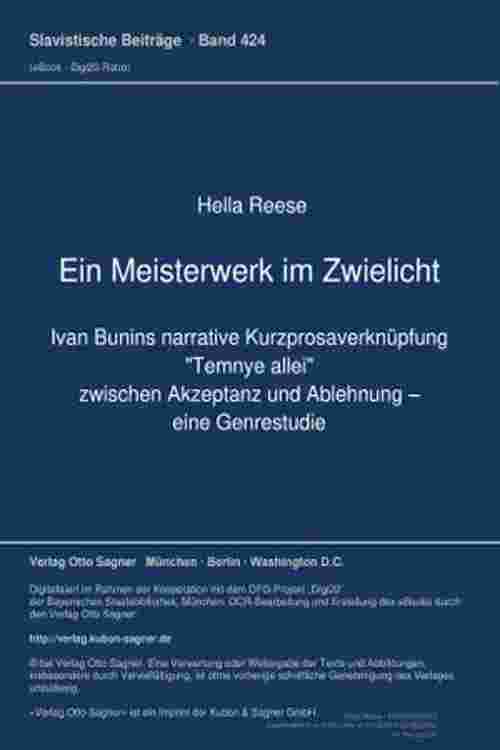 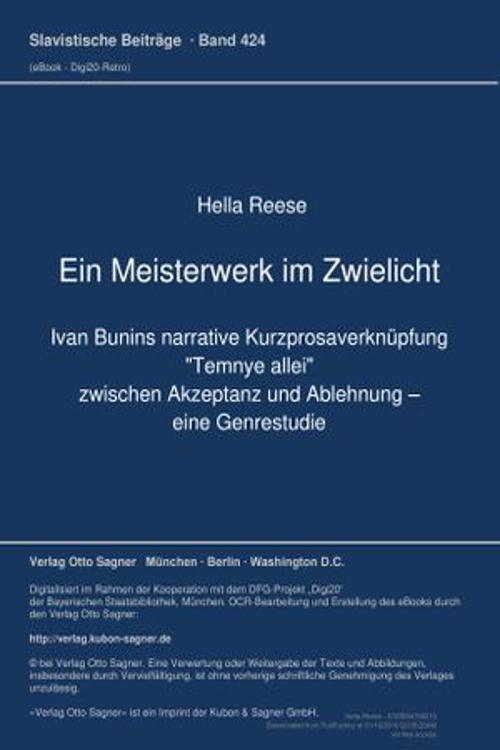 Ivan Bunin's high opinion of his narrative "Temnye allei" (Paris, 1946) was rarely shared. In the field of view of the readers was too often the erotic topic - the criticism affected an unbiased reception of the book, whose coherence was only occasionally perceived. Abridged editions reinforced this effect in the episode. The study considers the "Temnye allei" for the first time in the interaction of external conditions and artistic intention, taking into account all simultaneously created, partly unpublished tales. The focus is on determining the genre of the book on the basis of extra and intratextlichen links such as structure, style and the central themes of love, death and memory. While a glance at the eventful history of its origins allows conclusions to be drawn about the book's intended construction, the critical examination of the history of editions and receptions illuminates the most diverse problems of acceptance in the perception of the book as a short prose link - and as Bunin's masterpiece.