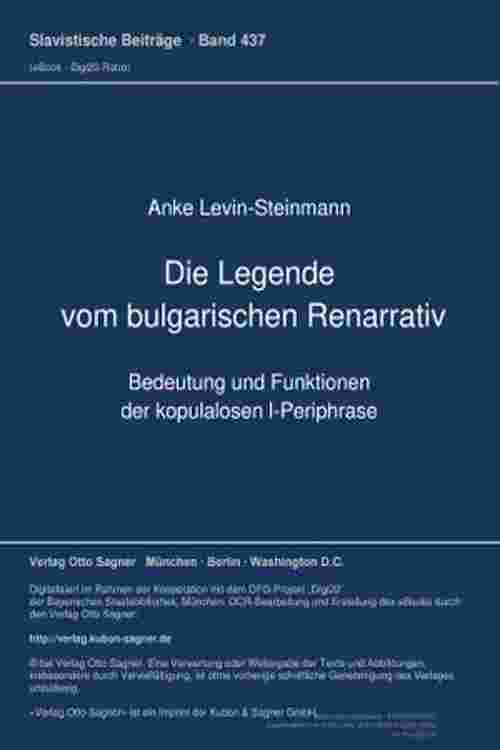 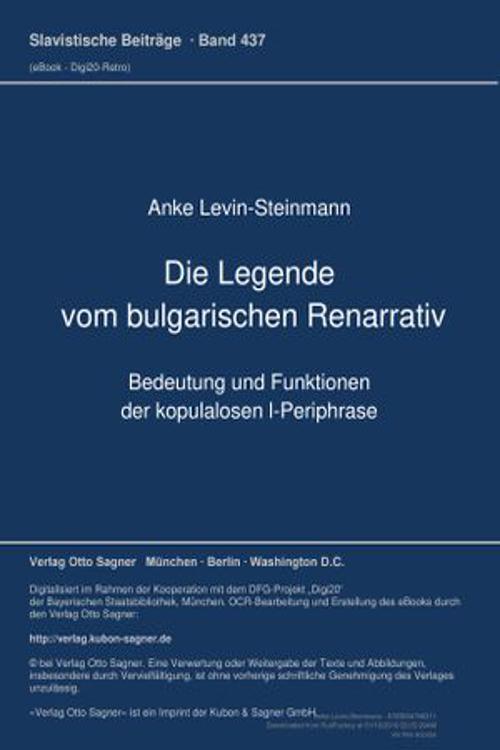 In the present monograph the author tries to get to the bottom of the traditional view that in Bulgarian there is a morphological category with the meaning 'rendering of foreign speech', called renarrative. However, the analysis of the formative-meaning relationship has shown that neither the given paradigm has this meaning nor does the expression of the corresponding concept necessitate the application of the forms, but rather the explication of the meaning 'renarrative' as well as that of the so-called admirativ u.a.m. only at the level of expression. The forms under discussion are one building block next to another, which has the semantic invariant 'state constancy' as its content and merges into the morphological category 'Tempus' as a perfect and / or pluperfect (variant). Apart from the discussion of the term 'mode', the origin of this mode of expression as well as the position of Bulgarian are examined in detail from a typological point of view.