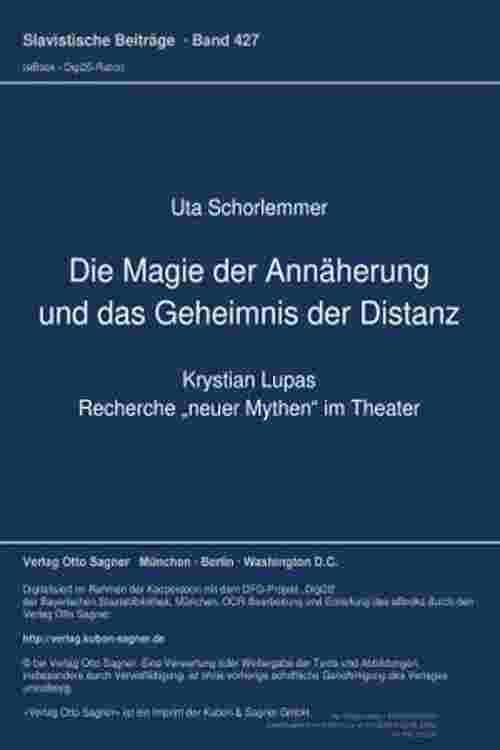 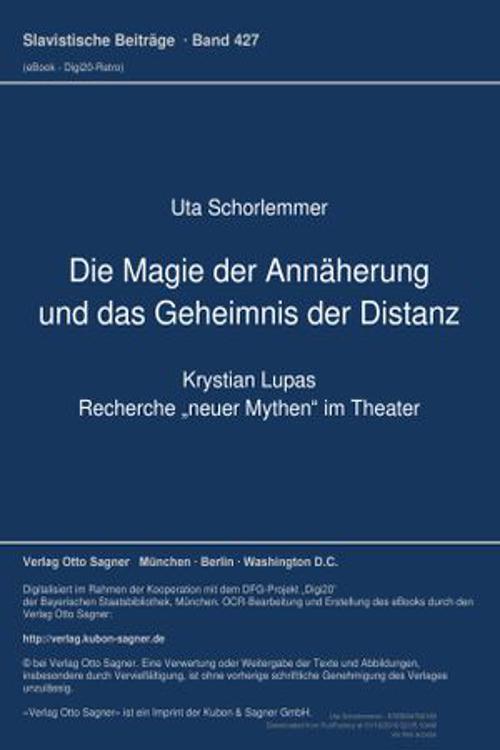 Krystian Lupa (* 1943), to whom this work is dedicated, is a theater director who enjoys the status of a "master" in Poland at the latest since the beginning of the 1990s. He has a reputation for lasting influence on Polish theater. This monograph presents the theatrical work of the Polish director Krystian Lupa for the first time comprehensively to the German speaking public. Starting from Lupas biography, an overview of his previous work and his narrative dramaturgy on individual staging analyzes to the detailed analysis of the staging cycle after Broch's "The Sleepwalkers" Lupas artistic manifesto, in the theater "want to explore new myths" discussed. The depiction of Lupa's theatrical concept is considered in the context of a mythology between martyrology and messianism, which has shaped the Polish cultural paradigm for many years, but is now in transition. Lupa's theater functions as a "metaphysical experience". Nevertheless, it seeks and investigates human cognition, which is why it is called "cognitive psychological theater". As an "interruption of the political, " it comes up with a sense design that is put to the test and deliberately unchanged. Lupa integrates radical self-knowledge into a fragmentary totality that remains so human that man is not degraded in it, but rises.