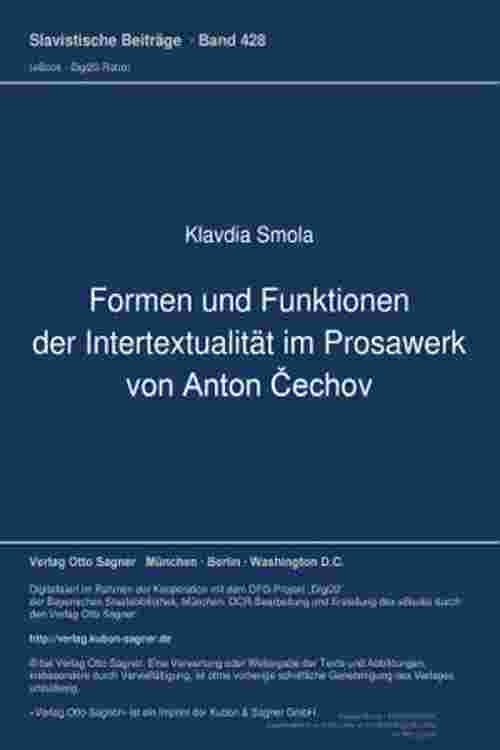 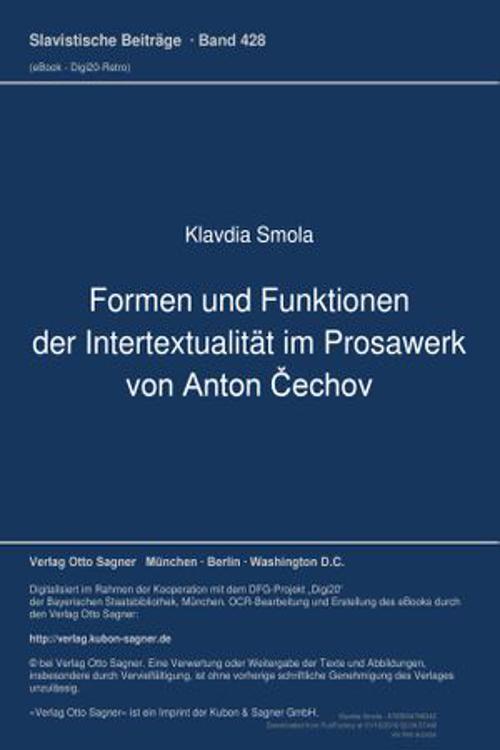 In this monograph an attempt is made to elucidate and systematize selected intertextual references in the prose book of Anton ?echovs with the help of concepts, categories and models developed in the field of intertextuality theory. It is not only about the determination of new texts, but sometimes primarily about a more sophisticated investigation of the intertextual signals, which are questioned on their specific position, form and function in the structure of the text. In this way, a more precise intertextual analysis of individual prose works by ?echov is suggested. Based on the study of some early short stories, we first discuss such types of second-degree texts, such as affirmative imitations, parodies, and counterfactures. This reveals an alternative to the predominantly parodic intertextuality of the early ?echov. Finally, attention is drawn to the varieties of fictional literary reception in the later work of ?echov.