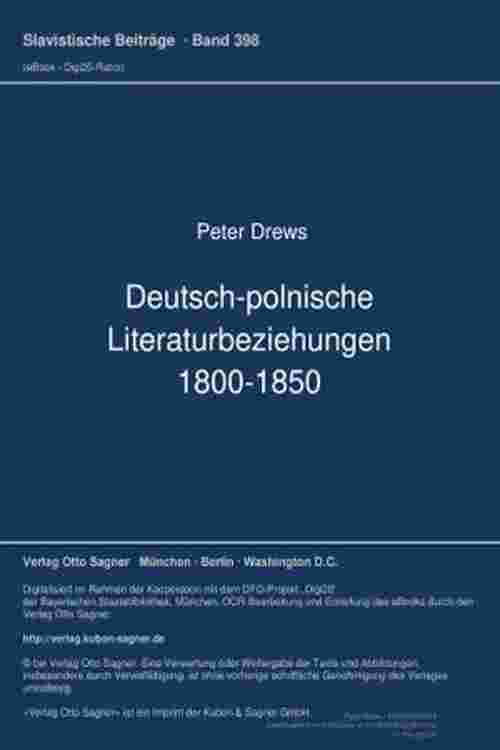 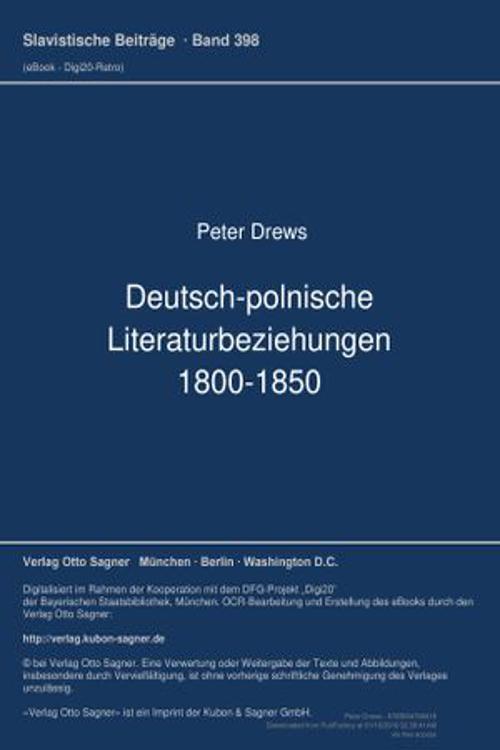 The study provides an overview of one of the most intensive phases of German-Polish literature exchange before the reciprocal contacts promoted by Poland until the mid-19th century, not least due to political reasons. The German-Polish literature relations have enjoyed quite a lot of interest in the last decades. However, the previous research concentrates on the one hand cultural-historical, the narrower literary area often far-reaching aspects, such as studies on the echo of the Polish uprisings in Germany, on the other hand on the reception of the work of individual personalities. The present work seeks to close some of the previous gaps by presenting the Polish-German literary relations of that time in their entirety in a condensed overview, focused on the respective literature reception in the form of translations and journalistic reactions under the broadest possible evaluation of German and Polish periodicals.