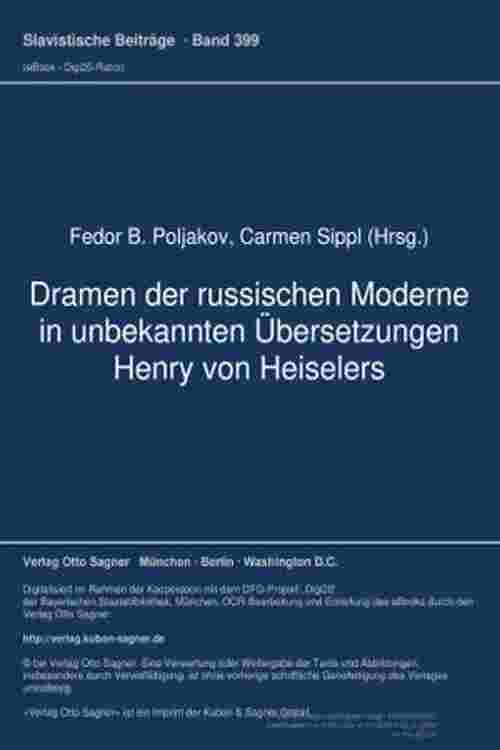 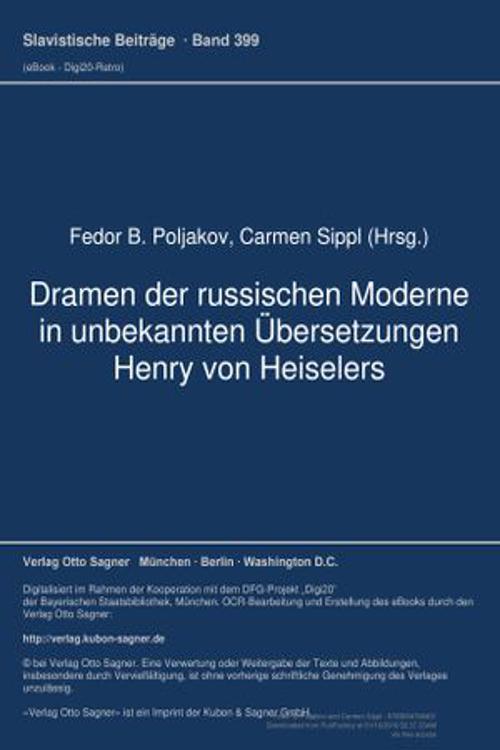 Already the first approach to Henry von Heiseler (1875-1928), whether from a literary-historical or a translatological perspective, shows the prevalence of the dramatic in his own work as well as in his translation work. So far, the corresponding Russian part of the latter was represented by Puskin-Heiseler's opus magnum in this area- and Vajaceslav Ivanov. With the first edition of the translations of Dramen Fedor Sologubs (The Victory of Death and The Wise Bee Gift) and Osip Dymov's (Nju.Eine everyday tragedy) Heiseler's further involvement with the Russian contemporary drama de modernity is documented.