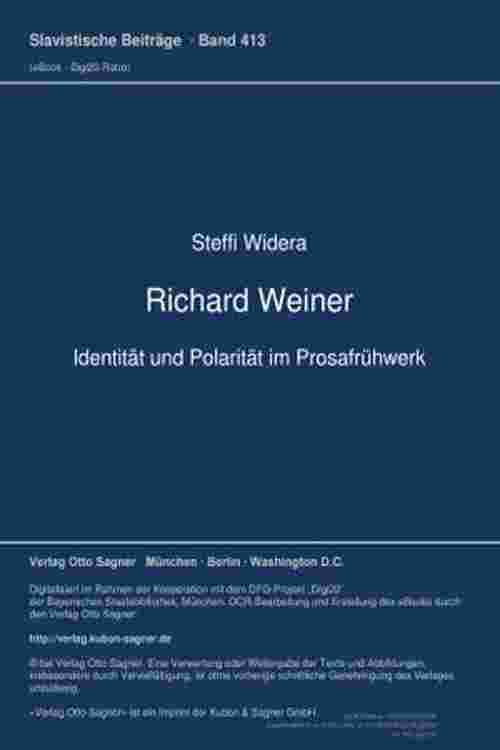 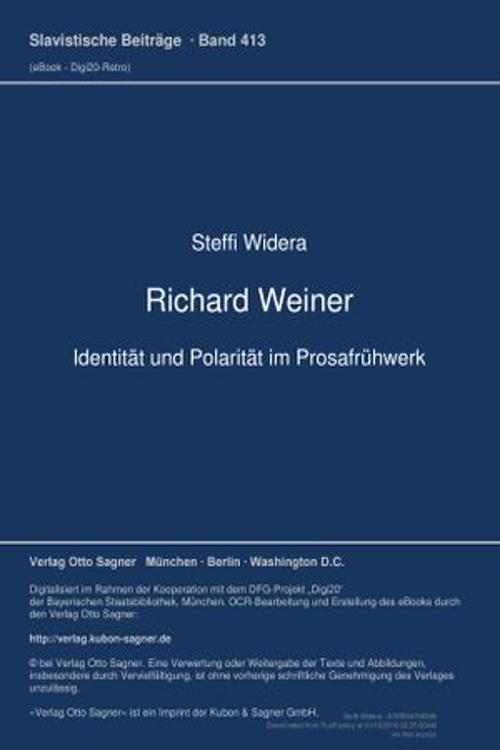 After 1989, the interest of Czech readers in unconventional, "other" literature, underground and dissidentism, as well as authors of literary modernism and the avant-garde, who did not belong to the official literary canon during socialism, grew. Ladislav Klima, Jakub Demi and also Richard Weiner get into focus. In addition to a series of individual publications since 1996, the long-planned work edition of Weiner is published. Richard Weiner experiences a veritable renaissance. Weiner's multi-layered prose tries to do justice to this work by means of different interpretations: living in a foreign state versus affinity with the homeland, homoerotic inclination versus the claim of a heterosexually normalized society, search for meaning and salvation versus guilt feeling.