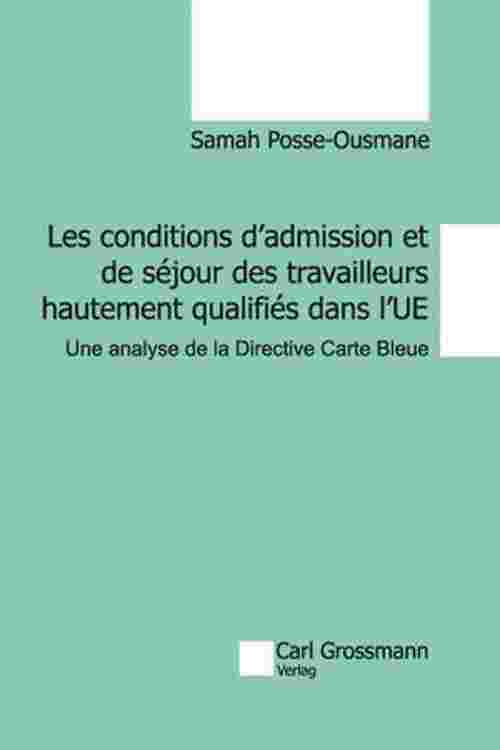 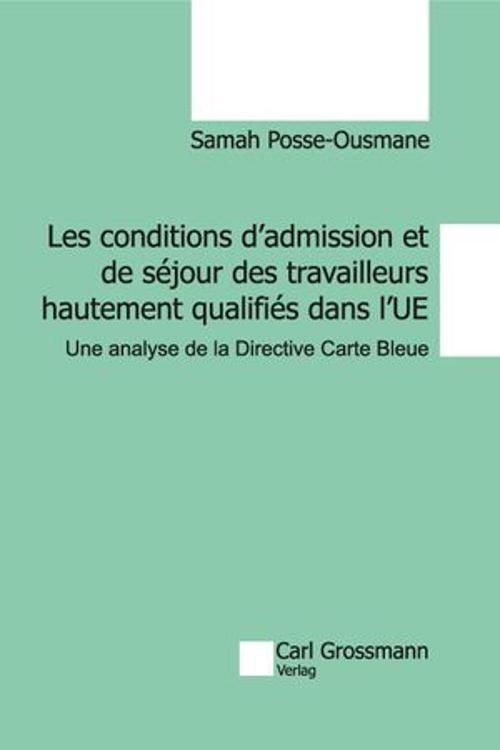 This work focuses on the Blue Card Directive, not as a specific instrument, but as an integral part of the EU Immigration Policy Framework. Such an approach is necessary, given the sector-based approach and the legislative patchwork adopted by the EU in the field of Immigration Policy. Moreover, EU law on migration is a new but a very dynamic field which is constantly evolving. Therefore, the project not only analyses the key definitions, central themes and legal issues of the Directive but also examines its interaction and tries to establish some connections with the other EU instruments on legal migration into the EU, most of them adopted on the so-called sector-based approach (Single Permit Directive, Family Reunification Directive, Long-term Residents Directive, Researchers, Students and Others Directive, etc.). In particular, the project tries do draw a parallel between some of the Blue Card Directive provisions and the jurisprudence of the European Court delivered for similar notions or legal problems contained in the others instruments. Furthermore, the work addresses other specific issues such us: mobility, the problem of an "ethical recruitment" of highly skilled workers, the volumes of admission (to be set by the Member States), the maintaining of national schemes for highly qualified migrants besides the EU Blue Card and the integration of migrants already admitted in the Member States.