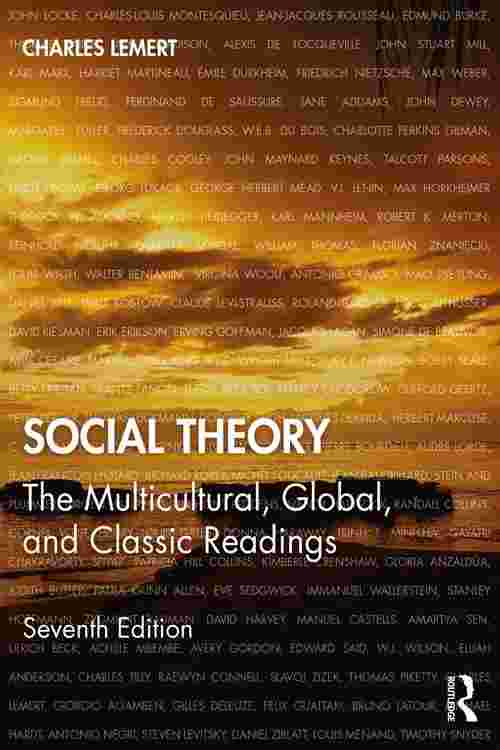 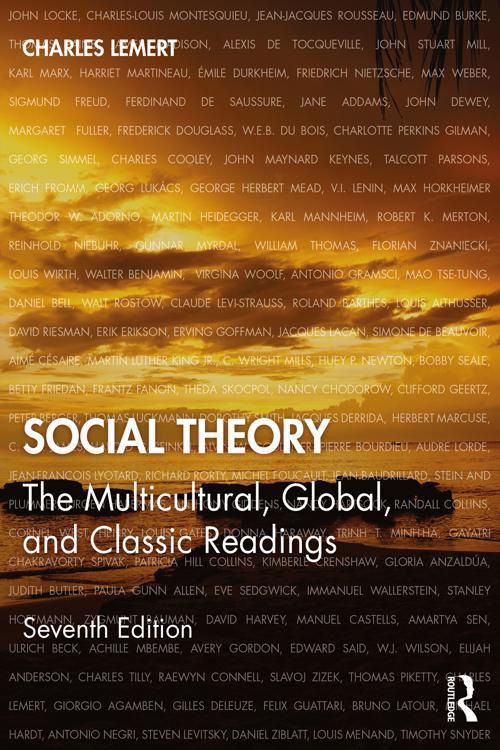 The Multicultural, Global, and Classic Readings
Charles Lemert
This book is unavailable in your country
Book details
Table of contents

Social Theory is more than a reader. Feminists, race theorists, decolonizing leaders, and others are thoughtfully introduced by Charles Lemert's substantial commentaries. Social Theory has always sought to keep up with the new while respecting the old—from Durkheim and Weber to Latinx and LGBTQ pioneers. When the book first appeared it was, as it remains, a collection of selections from those who have changed how we think about social things. Today, as the world is threatened by a global wave of anti-democratic movements, Social Theory adds a new early section to remind us of the origins of democratic values in 1700s.A new concluding section focuses the theoretical mind on how, in the 2020s, social theorists are rethinking the world in order tobetter understand and resist the menace of anti-democratic movements.