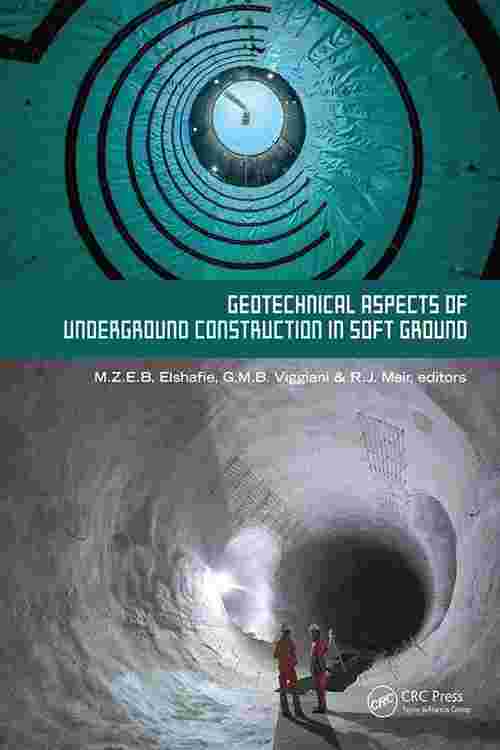 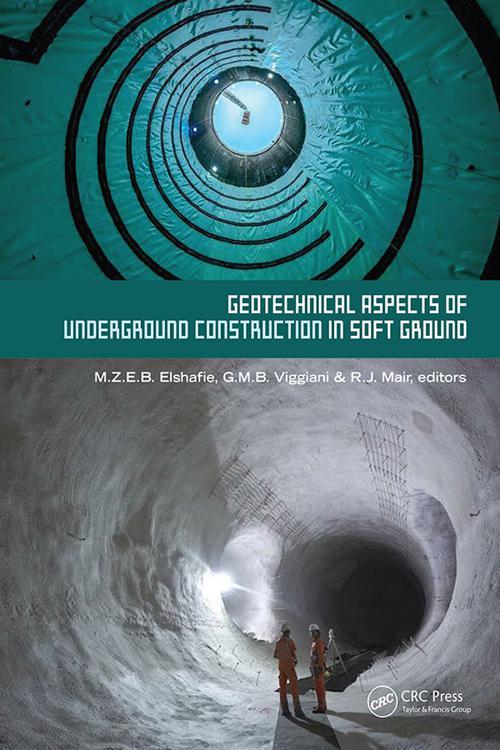 Geotechnical Aspects of Underground Construction in Soft Ground comprises a collection of 112 papers, four general reports on the symposium themes, the Fujita Lecture, three Special Lectures and the Bright Spark Lecture presented at the Tenth International Symposium on Geotechnical Aspects of Underground Construction in Soft Ground, held in Cambridge, United Kingdom, 27-29 June 2022.
The symposium is the latest in a series which began in New Delhi in 1994, and was followed by symposia in London (1996), Tokyo (1999), Toulouse (2002), Amsterdam (2005), Shanghai (2008), Rome (2011), Seoul (2014) and Sao Paulo (2017). This was organised by the Geotechnical Research Group at the University of Cambridge, under the auspices of the Technical Committee TC204 of the International Society for Soil Mechanics and Geotechnical Engineering (ISSMGE).
Geotechnical Aspects of Underground Construction in Soft Ground includes contributions from more than 25 countries on research, design and construction of underground works in soft ground. The contributions cover:

The general reports give an overview of the papers submitted to the symposium, covered in four technical sessions. The proceedings include the written version of the five invited lectures covering topics ranging from developments in geotechnical aspects of underground construction, tunnelling and groundwater interaction (short and long-term effects), the influence of earth pressure balance shield tunnelling on pre-convergence and segmental liner loading (field observations, modelling and implications on design).
Similar to previous editions, Geotechnical Aspects of Underground Construction in Soft Ground represents a valuable source of reference on the current practice of analysis, design, and construction of tunnels and deep excavations in soft ground. The book is particularly aimed at academics and professionals interested in geotechnical and underground engineering.