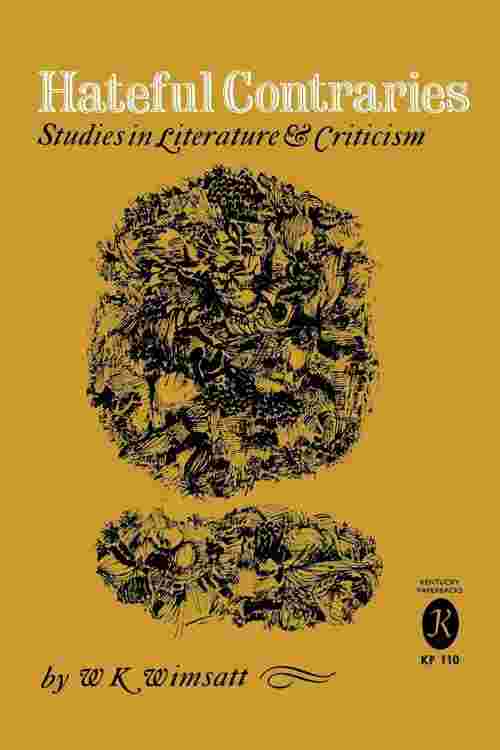 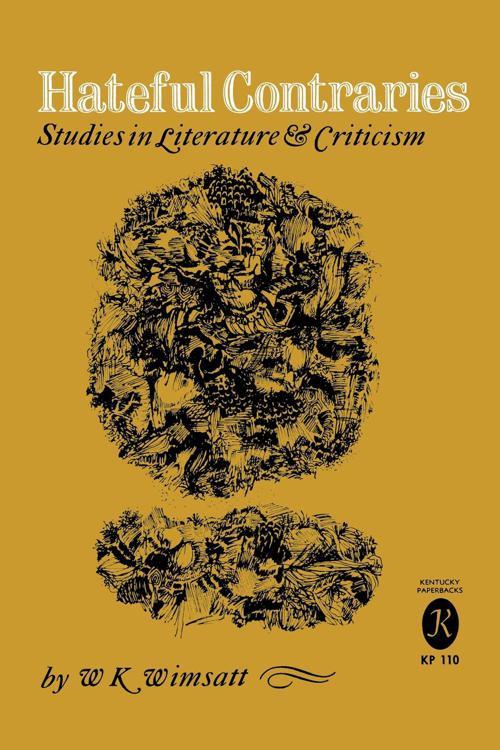 These ten essays, written over a period from 1950 to 1962, are bound together by their common concern with questions of the meaning of criticism and the larger meaning of literature itself. These difficult questions W.K. Wimsatt treats with characteristic wit and penetration, ranging easily from a broad consideration of principles to incisive comment on individual writers and works.

The first part of the book is devoted to a discussion of literary theory. Wimsatt reviews the development of critical dialectic from the German romanticism of Schelling and the Schlegels to the mythopeic bravura of Northrop Frye. Himself a classical ironist, he nevertheless exposes here some of the extravagances of the ironic principle as flourished by the systematic Prometheans.

The second and third parts contain essays on more particular topics: the meaning of "symbolism, " Aristotle's doctrines of the tragic plot and catharsis, the theory of comic laughter, and the objective reading of English meters. Here too are extended comment on particular writers -- a study of the imagination of James Boswell, an analysis of the comedy of T. S. Eliot in The Cocktail Party, and a contrast in the handling of similar themes by Tennyson and Eliot. The fourth part is a comprehensive statement of the demands and opportunities confronting the critic in his or her role as teacher.