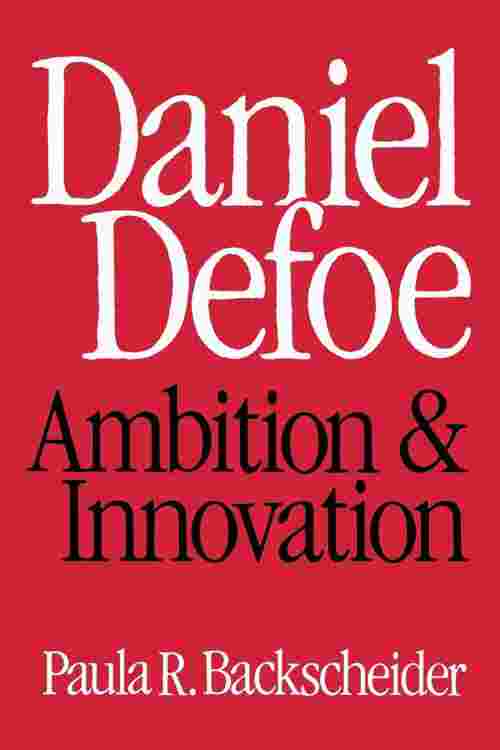 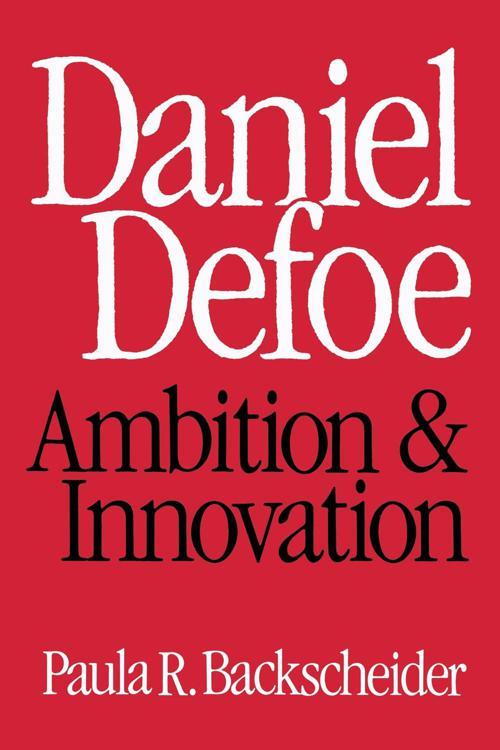 In this book, Paula Backscheider considers Daniel Defoe's entire canon as related, developing, and in close dynamic relationship to the literature of its time. In so doing, she revises our conception of the contexts of Defoe's work and reassesses his achievement and contribution as a writer.

By restoring a literary context for modern criticism, Backscheider argues the intensity and integrity of Defoe's artistic ambitions, demonstrating that everything he wrote rests solidly upon extensive reading of books published in England, his understanding of the reading tastes of his contemporaries, and his engagement with the issues and events of his time. Defoe, the dedicated professional writer and innovator, emerges with a new wholeness, and certain of his novels assume new significance.

Defoe's literary status continues to be debated and misunderstood. Even critical studies of the novel often begin with Richardson rather than Defoe. By moving from Defoe's poetry, pamphlets, and histories to the novels, Backscheider offers an argument for the thematic and stylistic coherency of his oeuvre and for a recognition of the dominant place he held in shaping the English novel. For example, Defoe deserves to be recognized as the true originator of the historical novel, for three of his fictions are deeply engaged with just those conceptual and technical issues common to all later historical fiction. And Roxana now appears as Defoe's deliberate attempt to enter the fastest growing market for fiction -- that for women readers.

What have been powerfully significant for the history of the novel, then, are the very characteristics of his writing that have been held against his literary stature: its contemporaneity, its mixed and untidy form, its formal realism, its concentration on the life of an individual, and its probing of the individual's psychological interaction with the empirical world, making that world representative even as it is referential. It is exactly these characteristics most original, prominent, and subsequently imitated in Defoe's fiction that define the form we call "novel."