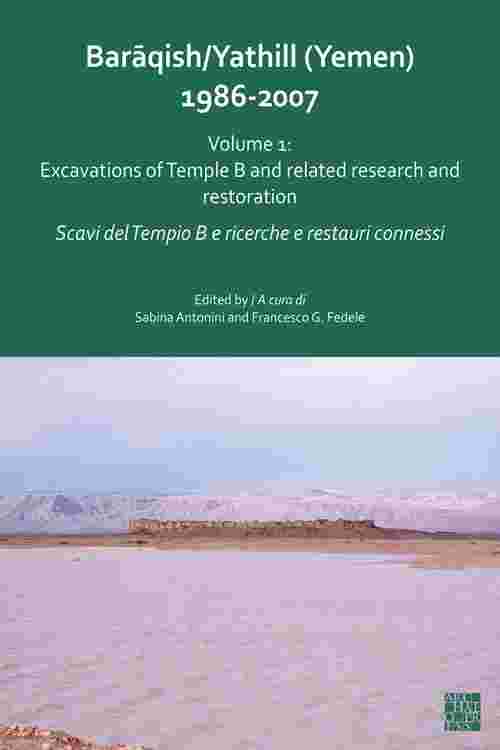 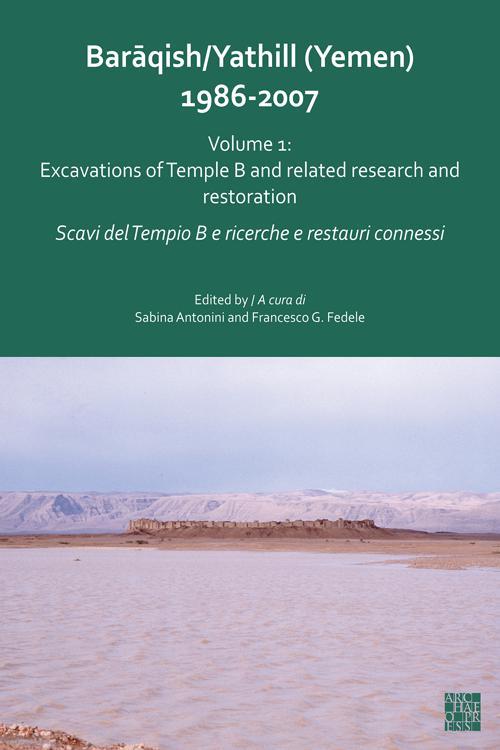 The walled town of Bar?qish in interior Yemen – ancient Yathill of the Sabaeans and Minaeans – was for Alessandro de Maigret (1943-2011) 'one of the archaeological marvels not just of Yemen, but of the entire Near East'. Established as an oasis settlement in the semi-desert depression of the Jawf, it became in the 1st millennium BCE a thriving caravan station on the 'incense' route and a famed place of worship, controlled by rich rulers and merchants. Topography and trade made it a crucible of South Arabian and foreign traditions, and on several occasions, it was a border town disputed between rival powers. A sustained archaeological effort to investigate the site and area began in 1986 by the Italian Archaeological Mission, led by de Maigret, and developed in two phases. In 1989-1992 the temple of the patron god was excavated, while between 2003-2007 a range of new excavations were undertaken, including a second temple, a sounding, a dissection of the tell's edge outside the Minaean wall, and a cemetery.Presented across two volumes, Volume 1: Excavations of Temple B and related research and restoration is particularly devoted to the temple of god ?Athtar dhu-Qab? (Temple B), dated to the second half of the 1st millennium BCE. Six chapters fully illustrate its excavation, architecture, restoration, findings, inscriptions, and dating. The contribution of this work and monument to regional history transcends its local significance. The report is framed by ten chapters detailing the historiography of research on Bar?qish, the initial surveys carried out in 1986-1987, the architecture and restoration of Temple A together with the extramural excavation at the adjacent curtain wall, the cultic equipment, and radiocarbon datings. The nine contributors are leading scholars in the above fields and include recognized experts in South Arabian archaeology.The core of Volume 2: Extramural excavations in Area C and overview studies is a final report on Area C, an exploratory dissection through the western edge of the Bar?qish mound outside the curtain wall, and a unique operation for Yemen until now. Eight chapters detail the excavation, stratigraphy, and geoarchaeology (from about 800 BCE to the present), in addition to radiocarbon chronology, cultural finds, animal and plant remains, economy, major historical events, and unique evidence for trade. Four further chapters offer a glimpse of settlement archaeology for Sabaean Yathill and the survey of a religious centre to the west, together with a first typology of Minaean pottery and an epigraphic and political-historical overview for Bar?qish and the Jawf. The contributors are recognized experts in South Arabian archaeology.