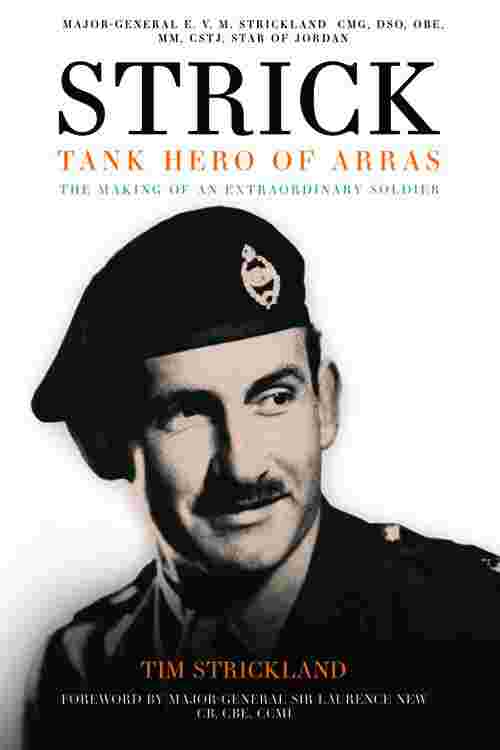 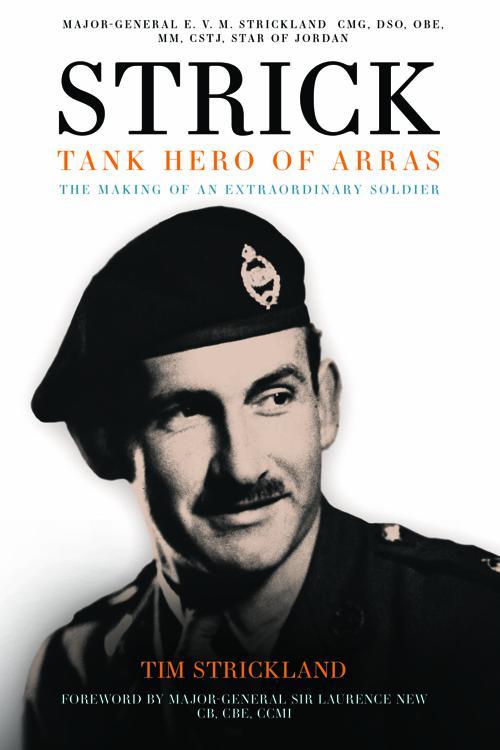 Major-General Eugene Vincent Michael Strickland CMG, DSO, OBE, MM, CStJ, Star of Jordan – Strick – rose from penniless hardship to great military distinction. He was a tank man, a war hero who fought in France, North Africa and Italy during World War II, and whose name is revered even today among regiments that he commanded. His is the extraordinary tale of a man who gained a Regular Commission in the Indian Army from Sandhurst, but resigned soon afterwards. After a series of intriguing adventures, he then enlisted as a private soldier in the Royal Tank Corps. In May 1940, he played a major part in the counterattack at Arras, where two British infantry tank battalions held up the German advance for three days, enabling the success of the Dunkirk evacuation – and perhaps saving Britain from ultimate defeat in the process. Strick's outstanding success as a troop-sergeant in France saw him immediately (re-)commissioned, and his rise to high command was then swift. He commanded the leading Squadron of North Irish Horse in Tunisia 1943, and then commanded the North Irish Horse in its greatest battle, the breaking of the Hitler Line, in Italy in 1944. He served in seven regiments and had four regimental commands. This book focuses on his experience during World War II, drawing out the unique qualities required of leaders in close-combat battle, the particular demands of armored infantry cooperation, and how an individual can make a success of such a rapid rise through the ranks during wartime. This fine story of adventure and achievement is brought alive by Strick’s remarkable correspondence – he wrote home to his family every second or third day throughout the war, except when action was too fierce to write – supplemented by the recollections of his comrades and years of archival research. More than a portrait of a gifted and morally courageous man, this biography also offers an insight into the arts of command and tactical control, and the difficulties of a family life fragmented by war.