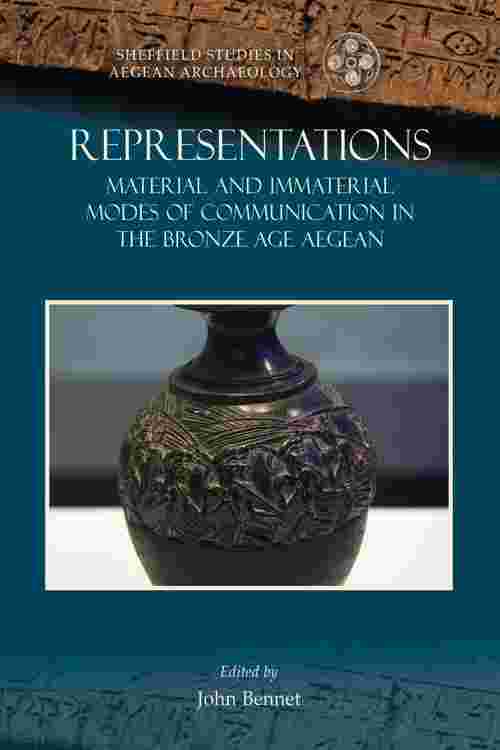 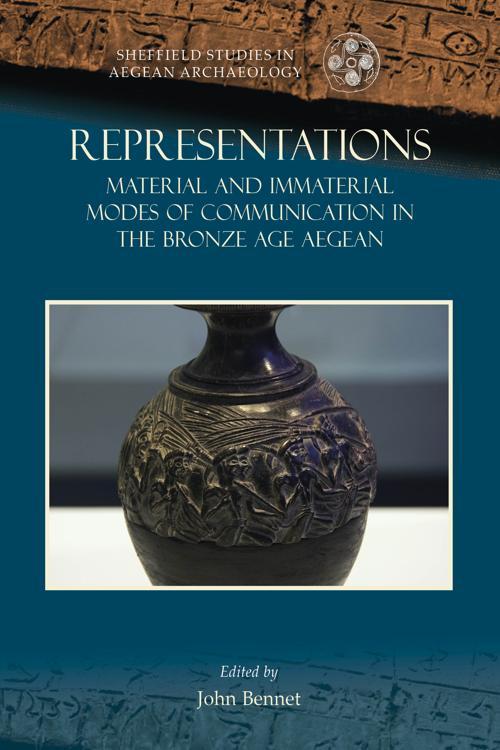 This volume presents a series of reflections on modes of communication in the Bronze Age Aegean, drawing on papers presented at two round table workshops of the Sheffield Centre for Aegean Archaeology on 'Technologies of Representation' and 'Writing and Non-Writing in the Bronze Age Aegean'. Each was designed to capture current developments in these interrelated research areas and also to help elide boundaries between 'science-based' and 'humanities-based' approaches, and between those focused on written communication (especially its content) and those interested in broader modes of communication. Contributions are arranged thematically in three groups: the first concerns primarily non-written communication, the second mainly written communication, and the third blurs this somewhat arbitrary distinction. Topics in the first group include use of color in wall-paintings at Late Bronze Age Pylos; a re-interpretation of the 'Harvester Vase' from Ayia Triada; re-readings of the sequence of grave stelae at Mycenae, of Aegean representations of warfare, and of how ritual architecture is represented in the Knossos wall-paintings; and the use of painted media to represent depictions in other (lost) media such as cloth. Topics in the second group range from defining Aegean writing itself, through the contexts for literacy and how the Linear B script represented language, to a historical exploration of early attempts at deciphering Linear B. In the third group Linear B texts and archaeological data are used to explore how people were represented diacritically through taste and smell, and how different qualities of time were expressed both textually and materially; the roles of images in Aegean scripts, complemented by a Peircian analysis of early Cretan writing; a consideration of the complementary role of (non-literate) sealing and (literate) writing practices; and concludes with a further exploration of the color palette used at Pylos.