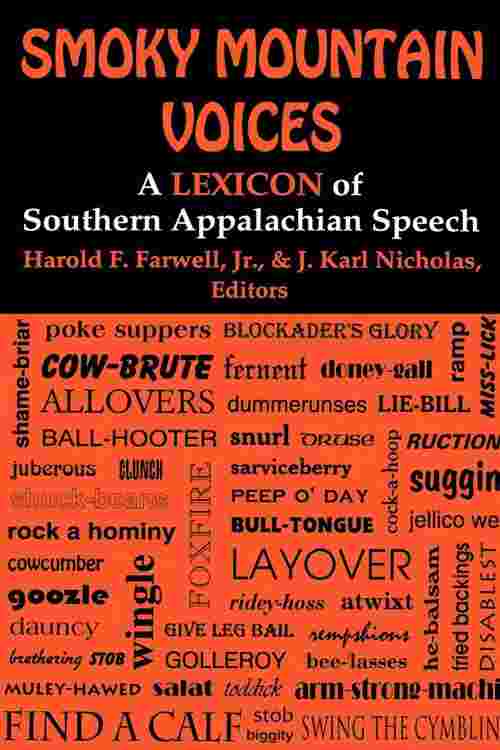 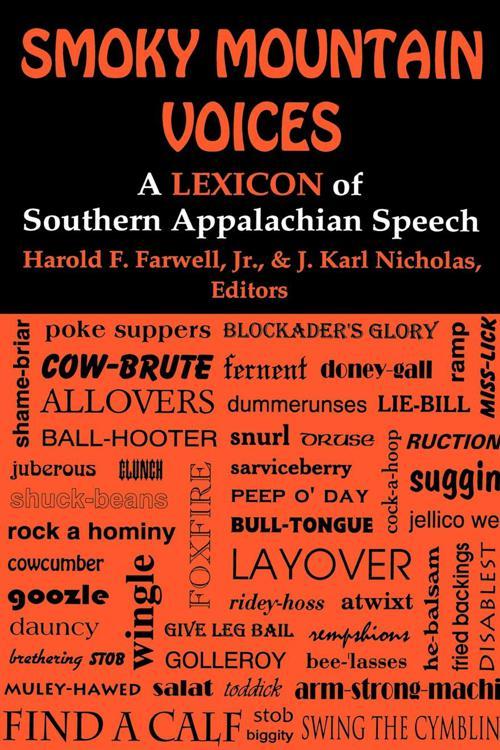 A stingy man "won't drink branch water till there's a flood, " and it is "a mighty triflin' sort o' man'd let either his dog or his woman starve." Some places are "so crowded you couldn't cuss a cat without gettin' fur in your mouth." For almost thirty years Horace Kephart collected sayings like these from his neighbors and friends in the area around Bryson City, North Carolina.

Kephart, a librarian with an interest in languages and in the American Frontier, left his career and his family in midlife to settle in what was at the turn of the century the wilds of the Great Smokey Mountains. An assiduous collector and observer, he compiled twenty-six journals of notes on the folkways and speech of the Southern Appalachians at a time when the region was still largely isolated.

Smokey Mountain Voices is a dictionary of Southern Appalachian speech based on Kephart's journals and publications; it is also a compendium of mountain lore. Harold Farwell and J. Karl Nicholas have compiled not only quaint and peculiar words, but jokes and comic exchanges. Many of the "ordinary" words that comprised an important part of the language of the mountaineers are preserved here thanks to Kephart's meticulous collecting.

The editors have incorporated the original quotations with Kephart's definitions and explanations to create a rich source for the study of southern mountain speech. And within the echoes of these Smokey Mountain voices exists some of the joy and fullness of life that Horace Kephart shared and recorded.

Smoky Mountain Voices will be of interest to dialectologists, historians of American English, students of regional literature, scholars of folk life, and laypersons interested in Southern Appalachia.