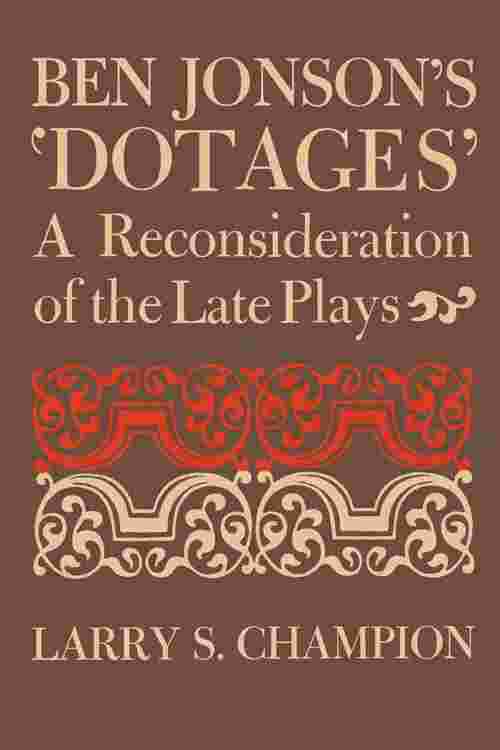 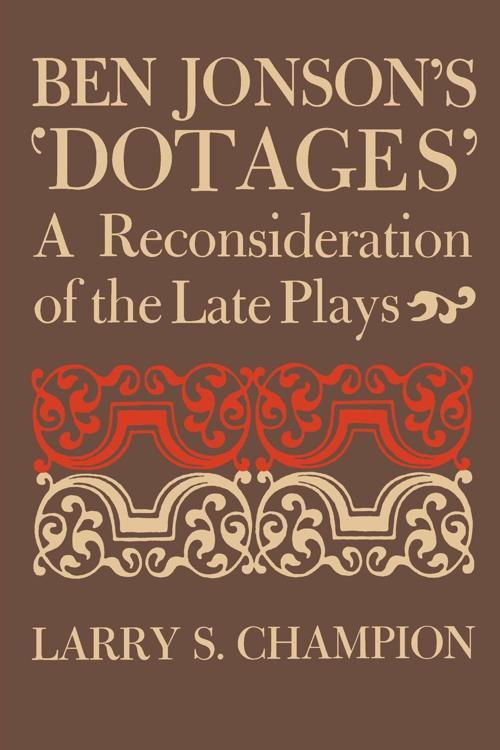 Although there has been a general revival of interest in Ben Jonson's dramatic work in the past twenty years, little critical effort has been directed to his late plays -- dismissed by John Dryden as the "dotages" of an aging mind. Through a close reading of The Devil Is an Ass, The Staple of News, The New Inn, and The Magnetic Lady in light of Jonson's own theories of comedy, author Larry S. Champion demonstrates that they reveal the same precise construction and dramatic control found in his acclaimed masterpieces. Furthermore, these works reflect Jonson's continued emphasis upon realism and satiric attack, though they may not be equal in quality or dramatic effectiveness.

The brief and undistinguished stage runs of the late plays are not an accurate gauge of their dramatic merit. Rather than indicating an enfeebled mind, these late plays reveal Jonson to be a continuing innovator -- adapting the forms of the pastoral, the romance, and the morality play to the purposes of comic satire. Previous critics have charged that Jonson was merely desirous of regaining public favor at the expense of his artistic integrity. The present study suggests, however, that Jonson in these plays was in reality burlesqueing the popular fad of exaggerated romantic comedy, which he considered a degradation of the dramatic art.