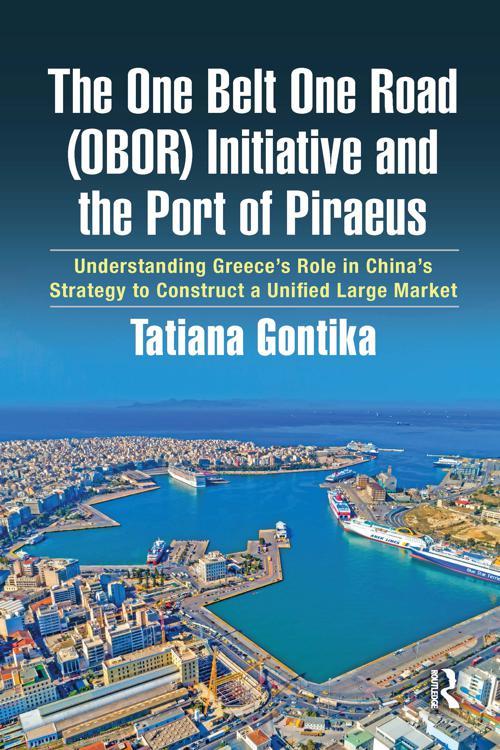 This book provides the reader with a better understanding of the One Belt One Road (OBOR) initiative, its various projects around the world, and its consequences at a local as well as an international level. Background information on both Chinese and Greek sociopolitical history and their maritime industry is provided. The book also provides readers with the opinions of people directly involved with the Piraeus Port—China Ocean Shipping (Group) Company (COSCO) dealthrough interviewsconducted and included in the book.

OBOR, a signature initiative of Chinese President Xi Jinping, is currently one of the most frequently discussed enterprises worldwide. This controversial mix of worldwide projects has put both China and Xi at the center of attention, and not in a positive way. Of course, not all projects included in the initiative have been or are likely to be successful, but the initiative has far-ranging economic, cultural, and political potential. OBOR, in its essence, is an attemptby the Chinese government to secure a paramount position in global finance for the country and ensure that primacy extends far into the future. In particular, it is an attempt to ensure that there are enough natural resources for China to support itself in the long term. Therefore, the areas selected for the implementation and development of OBOR are deliberately strategic. One of the countries that China has chosen to invest in is Greece, specifically the Port of Piraeus.

This project was long in the making. Various discussions took place both on an international and a domestic level until all parties came to an agreement. The deal at Piraeus between Greece and China affected more people than the politicians and the shipowners—it affected everyone involved in the operations of the port as well as the residents of the area. To further comprehend the impact on their lives, one must see things through their eyes, and there is no better way than contacting individuals and conversing with them.