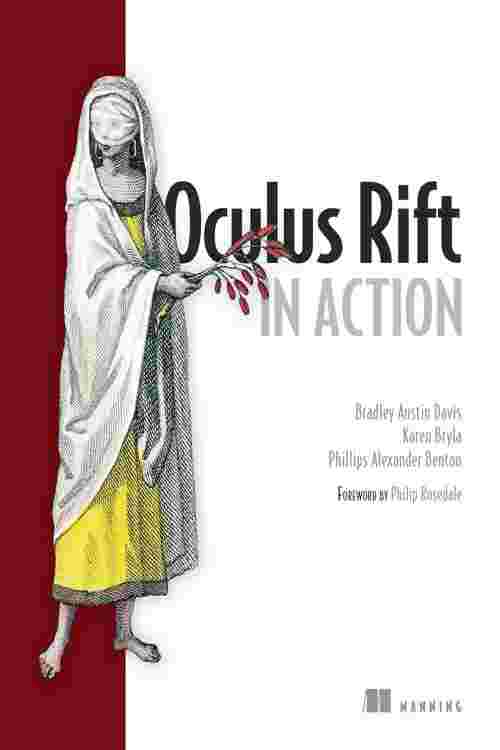 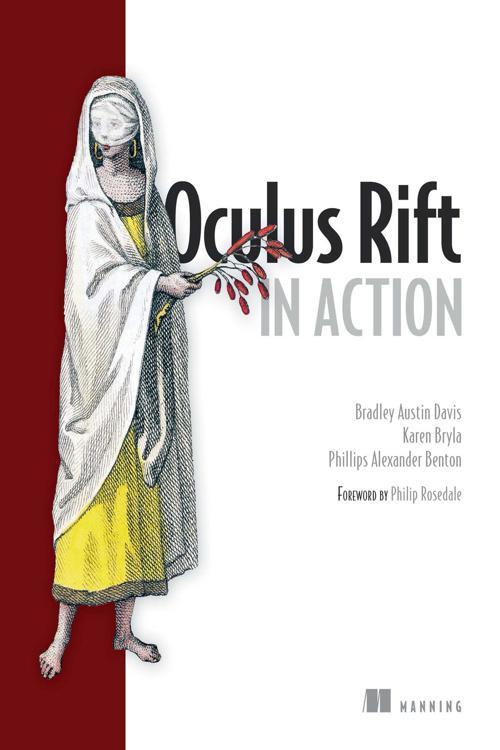 Summary Oculus Rift in Action introduces the powerful Oculus Rift headset and teaches you how to integrate its many features into 3D games and other virtual reality experiences. You'll start by understanding the capabilities of the Rift hardware. Then you'll follow interesting and instantly-relevant examples that walk you through programming real applications using the Oculus SDK. Examples are provided for both using the Oculus C API directly and for using Unity, a popular development and 3D graphics engine, with the Oculus Unity integration package.Purchase of the print book includes a free eBook in PDF, Kindle, and ePub formats from Manning Publications.
About the Book
Virtual reality has long been the domain of researchers and developers with access to specialized hardware and proprietary tools. With the appearance of the Oculus Rift VR headset, the game has changed. Using standard programming tools and the intuitive Oculus SDKs, you can deliver powerful immersive games, simulations, and other virtual experiences that finally nail the feeling of being in the middle of the action. Oculus Rift in Action teaches you how to create 3D games and other virtual reality experiences for the Oculus Rift. You'll explore the Rift hardware through examples of real applications using the Oculus SDK and both the Oculus C API and the Unity 3D graphics engine. Along the way, you'll get practical guidance on how to use the Rift's sensors to produce fluid VR experiences.Experience with C++, C#, or another OO language is assumed. What's Inside

About the Authors Brad Davis is an active VR developer who maintains a great set of example Rift applications on Github. Karen Bryla is a freelance developer and writer. Alex Benton is a lecturer in 3D graphics at the University of Cambridge and a software engineer at Google. Table of Contents
PART 1 GETTING STARTED