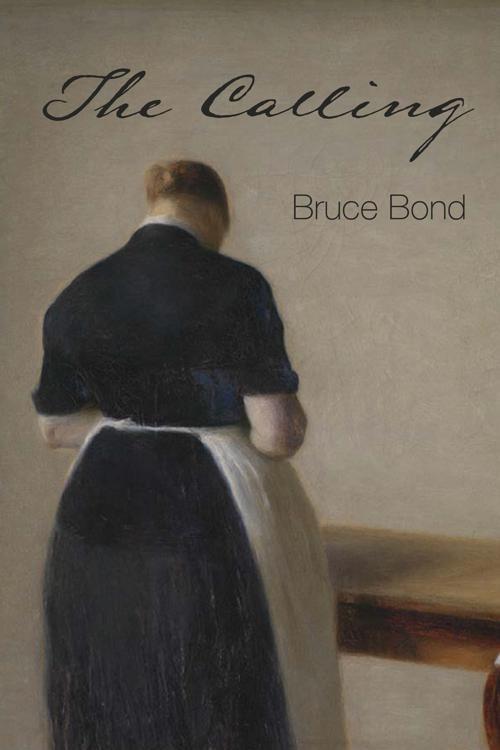 Midway through The Calling this appears: "I am learning to be two people, as voices are both voices /and the music in them." There is no contemporary poet more aware of this fact as opportunity than Bruce Bond, whose music, whose severe and certain music, powerfully compels all the voices at his disposal throughout this book—all those journalists, children, and parents whose voicings became the poet's. The politics of this book is an esthetic as glorious as the politics of the era in which it arises is debased: "I was looking back from a time / where I too would be speechless. / The earth green. No. Greener." The Calling succeeds in making beauty where there had been pain, which is the great gift of poetry. —Bin Ramke Bruce Bond's remarkable book-length sequence manages to be many things at once—a searing indictment of the Trump imperium, a bittersweet elegy for the author's father, a tractate, a lamentation, a prayer. It is a vexed book for our vexing times. The collection's stance—in the tradition of contemporary masters such as Milosz and Geoffrey Hill—is an admixture of sorrow, rage, and wonder. This is a book of hard-won consolation, a talisman against our bewilderment. —David Wojahn