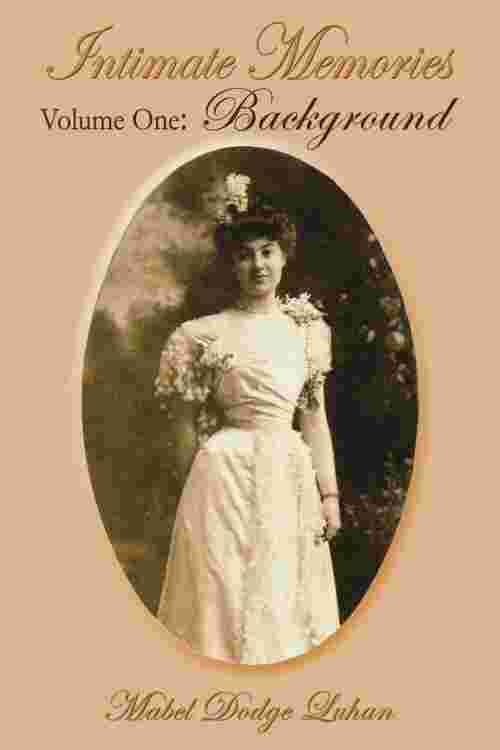 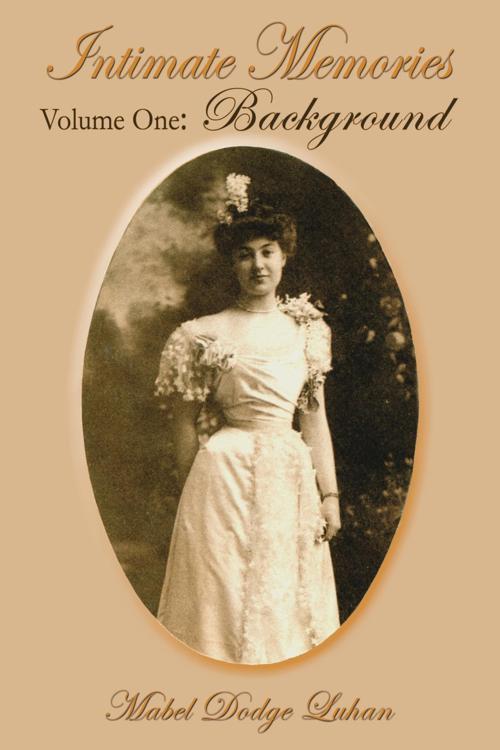 This first volume in 1933, of four, of "Intimate Memories" details incidents that impressed Mabel Dodge Luhan up until she was eighteen. Here she stresses her struggle during childhood and girlhood to become an individual. She says, "So the houses I have lived in have shown the natural growth of a personality struggling to become individual, growing through the degrees of crudity to a great sophistication and to simplicity." This struggle takes place before a Victorian background made up of Buffalo, Lenox, Newport, New York, and Europe where at Bayreuth she wrote that Siegfried Wagner "...walked aimless here and there, looking like a waxen sketch of his father, melting a little under the sun." The various members of the family and the friends are carefully presented from the impressions of the child, who studies each with interest. Her first recollections are of her own home and her parents. Even there she felt the vague discontent that gradually shaped itself into a determination to seek the heights and depths of experience. She records from the shifting scenes of playmates, schools, and gravel, incidents that concern the quaint fashions of the time-bustles, stiffly starched window curtains, sleigh rides, dancing classes, white picket fences-and from these incidents gradually evolves a picture of the town and country life of America during the closing era of the nineteenth century. As salon hostess, writer, and muse, she published her four volumes and 1, 600 pages of "intimate memories" all during the 1930s. In vivid and compelling prose, she explored the momentous changes in sexuality, politics, art, and culture that moved Americans from the Victorian into the modern age. Noted for assembling and inspiring some of the leading creative men and women of her day-Gertrude Stein, John Reed, and D. H. Lawrence, among them-she was a "mover and shaker" of national and international renown during her lifetime. Born in 1879 to a wealthy Buffalo family, Mabel Dodge Luhan earned fame for her friendships with American and European artists, writers and intellectuals and for her influential salons held in her Italian villa and Greenwich Village apartments. In 1917, weary of society and wary of a world steeped in war, she set down roots in remote Taos, New Mexico, then publicized the tiny town's inspirational beauty to the world, drawing a steady stream of significant guests to her adobe estate, including artist Georgia O'Keeffe, poet Robinson Jeffers, and authors D.H. Lawrence and Willa Cather. Luhan could be difficult, complex and often cruel, yet she was also generous and supportive, establishing a solid reputation as a patron of the arts and as an author of widely read autobiographies. She died in Taos in 1962.