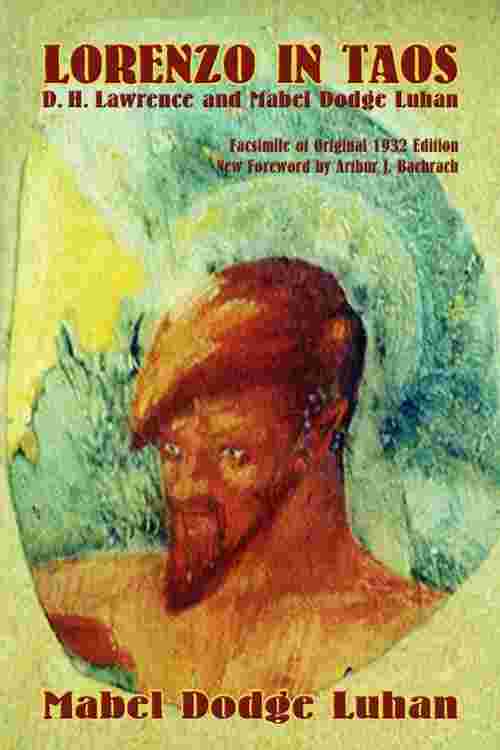 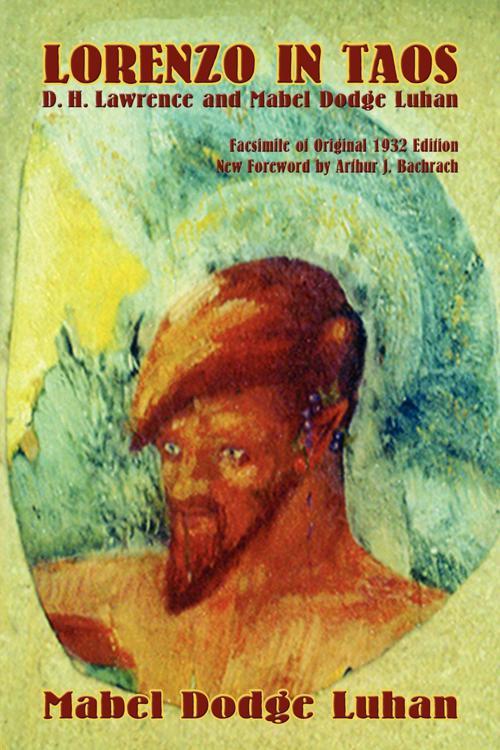 In September, 1922, the internationally known British writer D. H. Lawrence arrived with his wife, Frieda, at the railroad station in Lamy, New Mexico. They had traveled from Australia to San Francisco, then to Lamy, to come to Taos at the invitation of Mabel Dodge Sterne, later Mabel Dodge Luhan, the patroness of arts and culture in Taos. It was the beginning of an intense, sometimes strained, relationship. Mabel, daughter of a well-to-do Buffalo, New York family, had a long history of cultivating arts and letters, surrounding herself with famous artists and writers in her salons in Florence, Italy and in New York City. She continued her support of literature and the arts in Taos. Lawrence encouraged Mabel to write about her own exciting life and, while back in Italy in 1925, continued corresponding with Mabel and edited manuscripts she sent to him. Her book, "Lorenzo in Taos, " is written loosely in the form of letters to and from D. H. Lawrence, Frieda Lawrence, and Robinson Jeffers, the celebrated poet who had been a guest of Mabel's in Taos, with references to Dorothy Brett and Spud Johnson among others. The book is a highly personal and most informative account of an intense relationship with a great writer. It is an important work and its reprinting is welcomed by scholars and those of us who have come increasingly to respect Mabel's contributions in the world of arts and letters through her support of many individuals and her own creative spirit. Born in 1879 to a wealthy Buffalo family, Mabel Dodge Luhan earned fame for her friendships with American and European artists, writers and intellectuals and for her influential salons held in her Italian villa and Greenwich Village apartments. In 1917, weary of society and wary of a world steeped in war, she set down roots in remote Taos, New Mexico, then publicized the tiny town's inspirational beauty to the world, drawing a steady stream of significant guests to her adobe estate, including artist Georgia O'Keeffe, poet Robinson Jeffers, and authors D. H. Lawrence and Willa Cather. Luhan could be difficult, complex and often cruel, yet she was also generous and supportive, establishing a solid reputation as a patron of the arts and as an author of widely read autobiographies. She died in Taos in 1962.