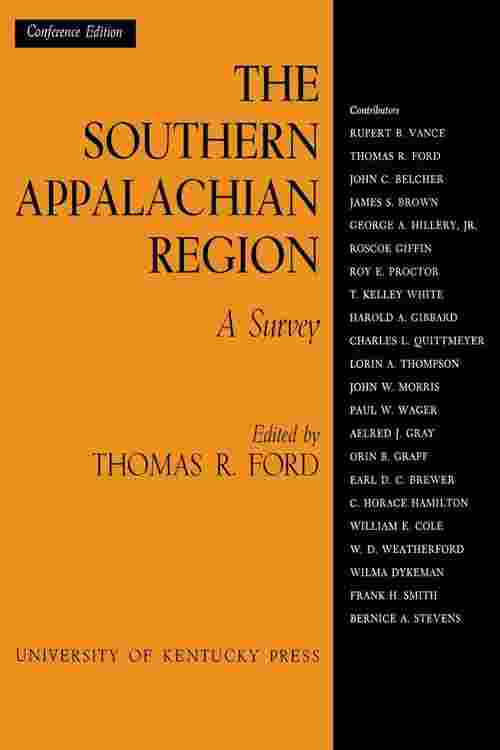 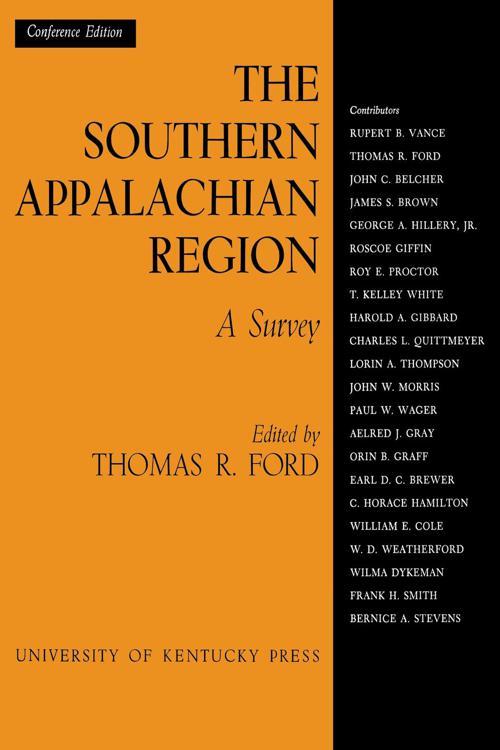 The Southern Appalachian Region is the largest American "problem area" -- an area whose participation in the economic growth of the nation has not been sufficient to relieve the chronic poverty of its people. The existence of the problem was recognized a generation ago, but in the past decade the resistance of such areas to economic advance has acquired a more urgent significance in American thought.

In 1958, a group of scholars undertook to make a new survey of the Southern Appalachian Region. Aided by grants from the Ford Foundation ultimately amounting to $250, 000, they set out to analyze the direction and extent of the changes which had taken place since the last survey (in1935), to define the problem in terms of the present situation, and -- if possible -- to arrive at recommendations for action which might enable the leaders of the Region and the nation to attack the problem with practical measures. In this volume are presented their comprehensive reports on the Region's population, its economy, its institutions, and its culture.

The problems defined by this survey are a challenge to the whole nation, for the consequences of success or failure in solving them will not be limited to the Southern Appalachian Region.