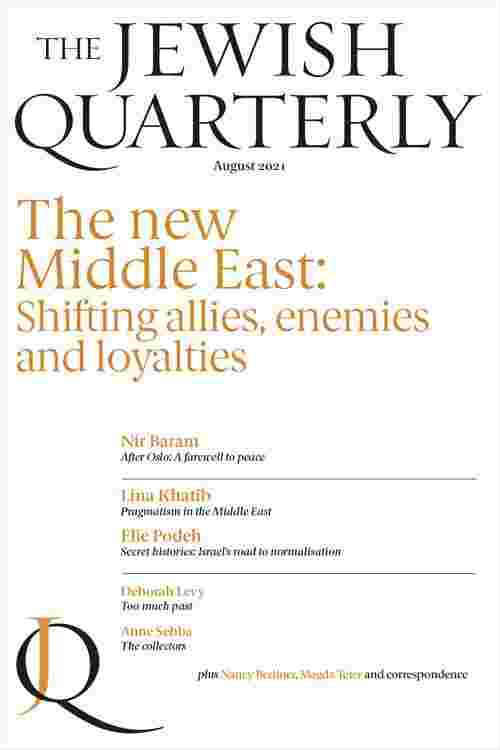 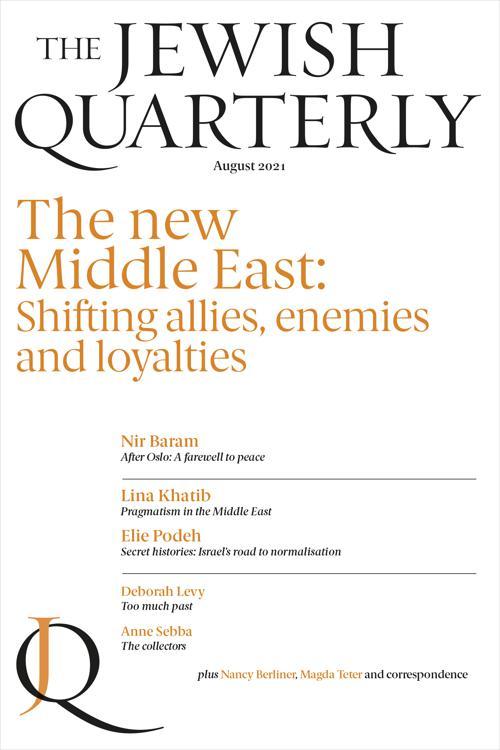 "Traditional principles and allegiances have given way to realpolitik." –Lina Khatib The New Middle East examines the dramatic changes unfolding in the region as new rivalries, blocs and partnerships are formed – based not on ideology, but on pragmatism. In a graceful, elegiac piece, Nir Baram seeks to understand Israelis' sober realism and their fading hopes for peace with the Palestinians. Lina Khatib astutely questions whether the Middle East has bid farewell to the politics of ideology, and Elie Podeh provides an essential overview of the secret history of Israel's normalisation agreements. Also in this issue, Nancy Berliner playfully examines the world's fascination with the Jews of Kaifeng, China, and Magda Teter traces the historical lineage of Simon of Trent and the blood libel. And in their probing book reviews, Anne Sebba and Deborah Levy evaluate stories of the Jewish collectors of pre-war France and Maria Stepanova's meditation on memory.